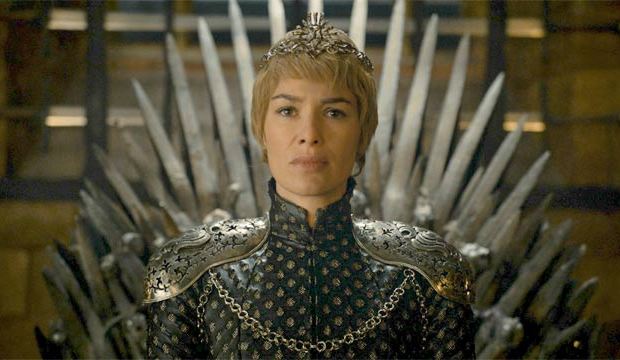 Many Emmy Awards watchers were shocked last year when “Game of Thrones” star Lena Headey failed to claim the gold in the Drama Supporting Actress category. Cersei Lannister’s infamous “walk of atonement” showcased her character at her most vulnerable. Pundits assumed it would be an easy win for the actress. Instead, she was bested by “Orange is the New Black” star Uzo Aduba, who was strangely snubbed this year. Headey has shifted gears this year by submitting the season six finale “The Winds of Winter.” Instead of relying on vulnerability, she is placing her bets on a performance centered on strength and power.

SYNOPSIS
At the trial of Loras Tyrell and Cersei Lannister, Queen Margaery (Natalie Dormer) is skeptical of Cersei’s absence. She tries to flee the Great Sept with her brother, but is prevented from leaving by the Faith Militant. The ground shakes and the Sept is suddenly engulfed by an explosion of wildfire, killing everyone in the area. Cersei, the architect of this trap, coolly sips wine and watches her enemies burn from afar. Cersei’s son, King Tommen (Dean-Charles Chapman), leaps from his bedroom window to his death upon learning of his wife’s demise.

Later, Cersei awakens an imprisoned Septa Unella (Hannah Waddingham) by pouring a pitcher of wine on her face. As Unella struggles, Cersei finally “confesses” to committing murder and incest because “it felt good.” She leaves Unella to be tortured by Ser Gregor, chanting “shame…shame…shame” on her way out, just as Unella did during Cersei’s walk of atonement. Cersei later enters the throne room, appearing both triumphant and defeated. She is crowned Queen of the Seven Kingdoms and takes her place upon the iron throne. Will Headey’s ascension help this previous Emmy nominee reign victorious on her third try? Let’s look at the pros and cons:

PROS
Headey gets to chew the scenery with a commanding monologue during her confrontation with Septa Unella. The refrain of “shame” also provides a bit of fan service, as well as a call back to her Emmy episode submission last year.

While the episode splits its focus among multiple characters, the first portion is set in King’s Landing and prominently features Cersei. This allows Headey to show incredible range: from satisfying revenge against her enemies, to ultimate sorrow over the loss of her son.

Cersei returns at the end of the episode to ascend the iron throne. Since this is the goal she has worked toward the entire series (and accomplished at great personal cost), it’s an immensely powerful moment for long term viewers. And with 23 nominations this year, it is safe to say many Emmy voters are “Game of Thrones” fans.

CONS
Aside from her scene-stealing monologue, much of Headey’s performance is either silent or short on dialogue. Her expressions often say more than any amount of words could (such as her smirk when she watches the Great Sept explode), but Emmy voters often equate more dialogue with a more worthy performance.

Cersei disappears for most of the second half of the episode as “The Winds of Winter” focuses on many other characters. Two of those characters happen to be played by Headey’s Emmy competitors: Emilia Clarke and Maisie Williams.