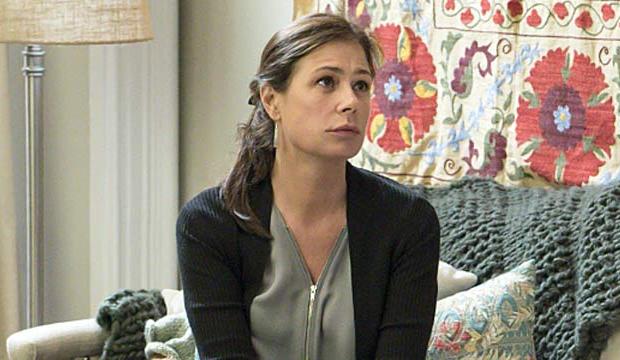 After “The Affair” won the Golden Globe for Best Drama Series in 2014, many awards watchers predicted Showtime’s steamy series would also make a splash at the Emmy Awards. Alas, the show came up empty-handed in last year’s nominations. Not so this year: Maura Tierney was cited in the competitive Best Drama Supporting Actress category (she was also nominated here for “ER” in 2001). She chose “204” as her episode submission to Emmy judges, in which her character Helen suffers through a series of devastating revelations and copes by getting drunk and high.

SYNOPSIS
The episode begins from Helen’s perspective. After enduring a child custody hearing that favors her ex-husband Noah (Dominic West), Helen discovers that her father has abandoned her mother (Kathleen Chalfant) and that her new lover Max (Josh Stamberg) gave Noah a large sum of money. Helen copes with her stress by stripping down to her lingerie and singing alone in her bedroom, polishing off a bottle of wine. She decides to take a pot lozenge Max gave her and heads out to get her hair bleached. After growing paranoid at the hair salon, she makes a scene when she discovers she forgot to pick up her kids from school. Now completely high, Helen races to the school in her minivan.

Helen gets her kids into the car, tin foil and bleach still in her hair from the salon. An elderly man asks to use the handicapped parking spot she mistakenly pulled into. She quickly backs up without looking and slams into another car, injuring her daughter. A police officer discovers marijuana in Helen’s purse when she accidentally strikes him and he arrests her in front of her children. Ex-husband Noah (Dominic West) arrives, demanding answers from Helen who responds, “Why are you doing this to us?” The episode later shifts to Noah’s perspective, where Helen is much more incoherent in the back of the police cruiser during their confrontation. Will her performance as wronged ex-wife Helen be enough to overcome stiff Emmy competition? Let’s examine the pros and cons below:

PROS
The central conceit of “The Affair” is depicting events from multiple characters’ perspectives. The first half of the episode is told from Helen’s point of view, giving her an amount of screen time usually seen in lead categories. And she gets to show her range in the second half (Noah’s perspective) by giving a different, more inebriated take on her arrest scene.

As a rich New Yorker, Helen has the “snob factor” that Emmy voters gravitate toward, but more importantly she is relatable. Tierney dares to show the messy reality of how a mother of four copes with divorce, custody battles, and middle-aged dating.

After Tierney’s Critics Choice nomination and Golden Globe win, non-viewers may tune in to see what the fuss is about. The episode opens with a litigation scene which covers major plot points and serves as a great recap for voters who have never watched an episode before.

CONS
Tierney is the sole Emmy nominee from “The Affair.” With voting based on the honor system, it’s impossible to gauge how many voters will take the time to watch an episode of a show they may not otherwise be viewing.

After the initial scene from Noah’s perspective, Helen does not reappear for the rest of the episode.