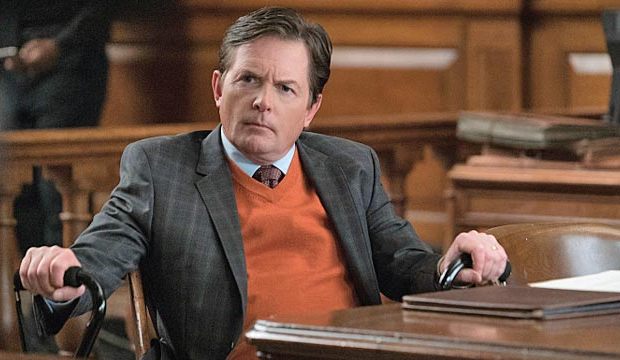 Michael J. Fox, beloved star of both the large and small screens, returns to the Emmy Awards derby this year in the Best Drama Guest Actor category for his performance as Louis Canning on the prestige CBS drama “The Good Wife.” An Emmy veteran, Fox has earned an impressive 18 nominations over his career and won five trophies: Comedy Actor for “Family Ties” (1986-1988) and “Spin City” (2000), and Drama Guest Actor for “Rescue Me” (2009). Fox has submitted the episode “Taxed” for consideration by Emmy voters.

SYNOPSIS
Diane Lockhart (Christine Baranski) represents the grieving parents of a terminally ill young woman who committed suicide with the help of a doctor, who is defended by Canning. Although Diane supports physician-assisted suicide, she accepts the case at the request of Ethan Carver (Peter Gallagher), the lead attorney to Diane’s wealthiest client.

Throughout the case, Canning attempts to exploit Diane’s personal stance on the issue, strategically dropping hints to her about Carver’s ulterior motives. Should that fail, Canning also tries to leverage his personal illness to elicit sympathy from the judge.

Will Fox’s courtroom grandstanding be enough to win the Emmy? Let’s examine the pros and cons:

PROS
Fox’s Canning quickly became a favorite character on “The Good Wife” because of his cunning behavior, which he once again displays in “Taxed” as he manipulates Diane for the betterment of his case. Fox also brings a hint of lightheartedness to his scenes as he tries and fails to distract from Diane’s arguments with cheap theatrics, helping to offset a depressing case about physician-assisted suicide.

With approximately nine minutes of screen time in the 40-minute episode, Fox appears quite frequently in the beginning, middle and end of “Taxed,” ensuring that voters remember his performance.

Having given him four other nominations for this role, the acting branch of the TV academy clearly loved Fox on “The Good Wife.” Now that the series has come to an end, voters will likely be aware that this is their last opportunity to award him for playing Louis Canning.

Emmy voters have had numerous opportunities to award Fox for his work on the “The Good Wife,” yet they haven’t given him the trophy before. Perhaps they like his performance enough to nominate him repeatedly, but not enough to give him the win.