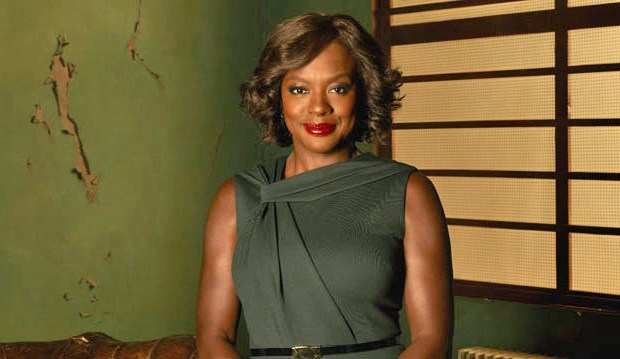 Viola Davis (“How To Get Away With Murder”) has chosen the penultimate episode of this season, “There’s My Baby,” as her submission to Emmy Awards voters.Davis plays Annalise Keating, a law professor and Criminal Defense Attorney at Middleton University on the ABC drama. Following on from her historic Best Drama Actress win last year, she has a great chance to win back-to-back trophies if she can fight off the fierce competition in this race.

SYNOPSIS
Annalise escapes from Phillip (Jefferson White), a murder suspect of the Hapstall case. She then meets with Defense Attorney Eve (Famke Janssen) and student Wes (Alfed Enoch). After Caleb, another suspect of the Hapstall case, is reported missing by Detective Nate, A.D.A. Denver interrogates everyone caught on Phillip’s videos. Annalise, however, begins to drink and throws everyone out of her office, apart from Wes. She then reveals the truth about his mother. Annalise overhears a drunken Laurel, another of her students, say that she had Frank kill Lila. Annalise flees to her mother Ophelia’s house.

In the flashbacks of this episode, Annalise and Eve interrogate Wes. Then, Annalise reveals to Wallace why Rose is threatened by him; he raped Rose a long time ago, thus making Wes his son. Wallace fires Annalise. Annalise travels to the police station to reveal Wallace’s crimes but endures a car accident, which causes her son to be stillborn. Will Davis’ heartbreaking performance win her another Emmy? Let’s consider the pros and cons:

PROS
Davis is the outright lead in her show, while others in the category have to compete with a co-lead, including her strongest rival, Robin Wright in “House of Cards.” The show revolves around Davis, which allows all the focus to be on her. She has plenty of weighty, dramatic moments.

Critics hailed this performance, with many showering her with glowing reviews. Mary McNamara (Los Angeles Times) enthused “all eyes are on Davis” while Melissa Maerz (Entertainment Weekly) characterized her work as “powerfully layered.”

Davis is one of the higher-profile actresses in the race and is a proven popular choice among all awards groups. She has been nominated for two Oscars (Best Actress for “The Help” and Best Supporting Actress for “Doubt”). She won an Emmy last year for the same role, on her first attempt. Critics and voters clearly adore her. Emmy voters have shown love to her straight away, whereas they’ve made others wait a long while before rewarding them (see below).

CONS
Davis has got tough competition this year, particularly with Wright who has lost three years running. Might voters be more inclined to finally reward Wright after four nominations, rather then hand a second gong in a row to Davis? Wright has also seen her role in the show deepen even further and has been given producing credit this season, so the time may be right for Wright (see what I did there?).

Keri Russell (“The Americans”) and “Orphan Black” star Tatiana Maslany are very popular at the moment, with plenty of people (including our readers) demanding a win for the latter. Emmy voters may elect to share their love. Perhaps Davis has seen her year at the Emmys come and go. Time for someone else to enjoy the spotlight?