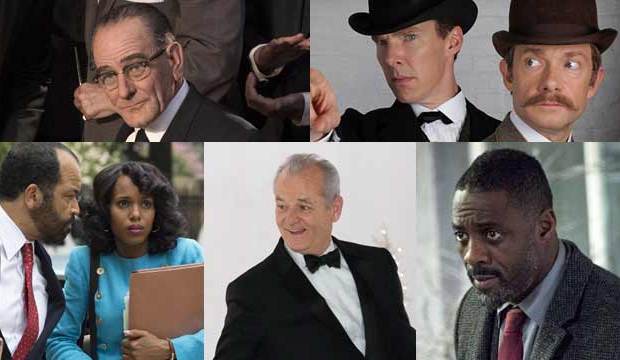 The 2016 Emmy nominations in longform categories were dominated by miniseries and anthologies, so the nominees for Best TV Movie must feel fortunate to have a category all to themselves. While “The People v. O.J. Simpson,” “Fargo” and “The Night Manager” duke it out for Best Limited Series, it looks like “All the Way” is just about unstoppable to be named the year’s best telefilm. Can any of its rivals pull off an upset?

It’s up against “Confirmation,” which underperformed with just two nominations. Even though it’s a well-reviewed political docudrama like “All the Way,” its only bid besides Best TV Movie is for Kerry Washington as Best Movie/Mini Actress for playing law professor Anita Hill, who famously came forward as a victim of Supreme Court nominee Clarence Thomas‘s sexual harassment. But despite its nominations shortfall, it has timely subject matter, the Emmy clout of HBO and a strong acting pedigree (in addition to Washington the film features Wendell Pierce, Greg Kinnear, Jennifer Hudson and Jeffrey Wright). So experts think it’s the closest challenger to “All the Way,” though still a distant one at 40/1 odds.

“Sherlock” is back for the first time since it won a shocking seven Emmys in 2014, including upsets by lead actor Benedict Cumberbatch, supporting actor Martin Freeman, and writer Steven Moffat. This year the British mystery series contends with the episode “Sherlock: The Abominable Bride,” but it’s only up for six awards total, fewer than it won two years ago. And while Cumberbatch is back in the lead acting race, Freeman is absent in the supporting category, as is Moffat in the writing contest. So our experts only give it 50/1 odds to prevail.

In terms of nominations totals, “Luther” is next in line with three bids. Along with Best TV Movie, it’s up for Best Movie/Mini Cinematography and Best Movie/Mini Actor for Idris Elba, nominated for the fourth time for his role as the title detective. But “Luther” has yet to win an Emmy in any category, so our experts rule that it’s also an underdog with 50/1 odds.

The last nominee in the category is Netflix’s “A Very Murray Christmas” special. It was directed by Oscar-champ Sofia Coppola and stars Bill Murray, who won an Emmy just last year for his supporting role in “Olive Kitteridge,” but its only other nomination is for Best Music Direction. It ranks last in our experts’ predictions with 100/1 odds.