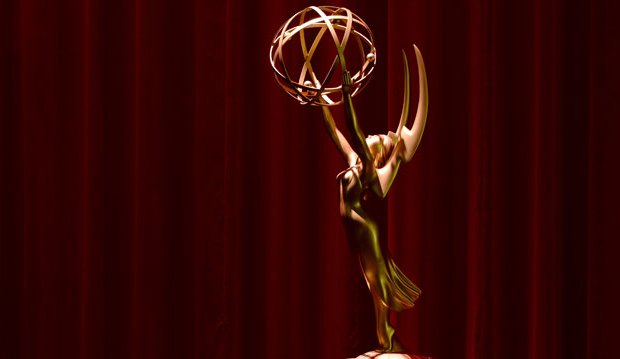 Since the Emmy nominations were announced on July 14, we’ve polled expert TV journalists from top media outlets for their predictions. Who should you bet on when you enter our predictions contest? Find out below.

BEST DRAMA ACTRESS
Watch out, Viola Davis (“How to Get Away with Murder”): the defending Emmy champ may have to step aside this year for Robin Wright (“House of Cards”). Read race overview.

BEST DRAMA WRITING
“Game of Thrones” is the defending champion and could win again for “Battle of the Bastards,” but it faces stiff competition from the pilot of “Mr. Robot” and the fourth season finale of “The Americans.” Read race overview.

BEST DRAMA DIRECTING
“Game of Thrones” will be tough to beat, but it has two nominations in this category, so is it likelier to win for “Battle of the Bastards” or “The Door”? Read race overview.

BEST COMEDY SERIES
“Veep” is the frontrunner to win for the second year in a row, but “Transparent” is back with a vengeance, as are “Silicon Valley” and first-time nominee “Black-ish.” Read race overview.

BEST COMEDY ACTOR
It looked like Jeffrey Tambor (“Transparent”) is the man to beat again after winning in 2015, but Anthony Anderson (“Black-ish”) and Aziz Ansari (“Master of None”) are putting up a fight. Read race overview.

BEST COMEDY ACTRESS
Julia Louis-Dreyfus (“Veep”) has her sights set on history with a fifth straight victory within reach. Can Amy Schumer (“Inside Amy Schumer”) stop her in their rematch from 2015? Read race overview.

BEST COMEDY SUPPORTING ACTRESS
Not so fast, Allison Janney (“Mom”)! To win this category for the third time in a row (her eighth prize overall, which would tie Cloris Leachman), she’ll have to get past strong challengers Anna Chlumsky (“Veep”), Judith Light (“Transparent”) and Kate McKinnon (“Saturday Night Live”). Read race overview.

BEST COMEDY WRITING
Defending champion “Veep” has the advantage for the episode “Mother,” but several experts think freshman comedy “Master of None” will overtake it with its script for “Parents.” Read race overview.

BEST COMEDY DIRECTING
Three episodes of “Veep” contend for this award, but “Transparent” won this award last year and is a top contender once again for the episode “Man on the Land.” Read race overview.

BEST LIMITED SERIES
All of our experts predict victory for “The People v. O.J. Simpson,” but “Fargo” and “The Night Manager” are coming on strong. Read race overview.

BEST TV MOVIE
“All the Way” may go all the way, but don’t forget about HBO’s other political docudrama, “Confirmation,” or the show that pulled off huge Emmy upsets two years ago, “Sherlock.” Read race overview.

BEST MOVIE/LIMITED SERIES ACTOR
Bryan Cranston already has six Emmys for “Breaking Bad” and a Tony for “All the Way” but he may have met his match with Courtney B. Vance, who plays Johnnie Cochran in “People v. O.J. Simpson.” Read race overview.

BEST MOVIE/LIMITED SERIES ACTRESS
Sarah Paulson is still waiting for her first Emmy win after six nominations. It looks like playing Marcia Clark in “People v. O.J. Simpson” will finally be her ticket to the winner’s circle. Read race overview.

BEST MOVIE/LIMITED SERIES DIRECTING
“All the Way” director Jay Roach is undefeated at the Emmys (he won for both “Recount” and “Game Change”), but can he overcome three nominated episodes of “The People v. O.J. Simpson”? Read race overview.

BEST MOVIE/LIMITED SERIES WRITING
There are six slots but only three programs are represented as FX’s “The People v. O.J. Simpson” reaped three bids, FX’s “Fargo” has two and AMC’s “The Night Manager” has one. Will the two FX programs cancel each other out? Read race overview.