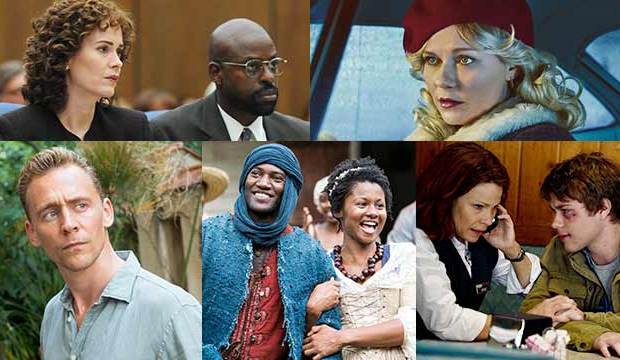 Even before Emmy nominations were announced on July 14, it looked like Best Limited Series would be a race between FX anthologies “Fargo” and “The People v. O.J. Simpson.” The nominations reinforced that perception, with “People” picking up 22 bids (just shy of Emmy leader “Game of Thrones” with 23) and “Fargo” not far behind with 18. But the nominations revealed another credible contender to win: AMC’s “The Night Manager,” which is up for an impressive 12 awards. Could it pull off an upset?

“People v. O.J.” exceeded our already-high expectations across the board, earning six acting nominations – for leads Sarah Paulson, Courtney B. Vance and Cuba Gooding Jr., and supporting players Sterling K. Brown, David Schwimmer and John Travolta – along with three writing noms, three directing noms, three editing noms and a casting nom – if it could have been nominated three times in that race it probably would have been.

“Fargo” is the only other limited series nominated in all five fields – acting, writing, directing, editing and casting – though it’s not quite as dominant in those categories. It has four acting bids – for lead Kirsten Dunst and supporting actors Jesse Plemons, Bokeem Woodbine and Jean Smart – along with a bid for casting, two for writing, one for directing and two for editing. In fact, “Fargo” and “People v. O.J.” are the only two shows nominated for Best Movie/Mini Editing. As a result, experts consider “Fargo” the closest challenger to “People v. O.J.,” ranking it second overall, but with still-distant 33/1 odds.

Because “Fargo” and “O.J.” were so dominant in writing and directing, only one other limited series is nominated in those categories, “The Night Manager,” so if an upset comes from anywhere on Emmy night, it might be from there, especially because the Emmys often love British productions like these. Consider past champs “Elizabeth I” (2006), “Little Dorrit” (2009), “Downton Abbey” (2011) and the aforementioned “Lost Prince.” In a close race it often pays to bet on the Brits, but is this race really that close or are “Fargo” and “O.J.” too far ahead? Experts rank it well behind with 66/1 odds, so it has its work cut out for it.

The last two Limited Series nominees under-performed relative to our expectations. ABC’s anthology “American Crime” earned four nominations, down from 10 last year. That includes three acting bids – for leading ladies Felicity Huffman and Lili Taylor and defending Movie/Mini Supporting Actress champ Regina King – but nothing else. Last year the show was also nommed for writing, casting and editing. Its shortfall in the nominations makes it an underdog according to our experts, who give it 66/1 odds.

“Roots” has seven nominations, including for its casting and for Laurence Fishburne‘s voice-over narration, but it’s not in the running for writing or directing, and its large cast was shut out of acting categories. That leaves it in last place with 80/1 odds from experts.