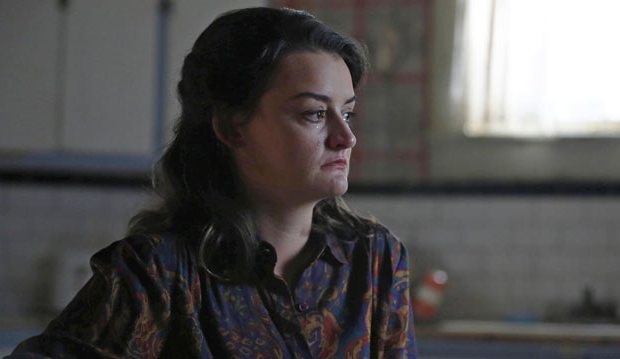 With every passing week I want to give Alison Wright (“The Americans”) more and more Emmys – but just one will do for now. Introduced in the first season as Martha, an unsuspecting FBI secretary seduced by KGB agent Philip Jennings (Matthew Rhys), her role has deepened and expanded over four seasons. Where she once seemed to be a minor character intended to facilitate the plot – both Philip’s and the writers’ – she’s now the heart of the show.

What makes Martha stand out in a story full of liars, impostors and manipulators is how guileless she is. She’s the only person on-screen without an agenda, whipped mercilessly between KGB conspirators and her suspicious FBI colleagues, all of whom want something from her, but she’s only in it for love. She genuinely adores Philip’s alter ego, Clark, and what makes Wright so moving is how fully she makes us believe it.

Wright started to fully come into her own in season three, when she started to learn the sinister secrets of the man she fell in love with while the walls started to close in on her at work. But the deeper she gets, the more isolated she becomes, so she clings to Clark even more, and that cycle of desperation has brought us to her breaking point in the current season.

In the April 20 episode, “The Rat,” she learned without a doubt that Clark is an agent for the KGB, but in a heartbreaking moment she pledged her love to him yet again because she is a true believer – not in any political ideology, but in love. It seems preposterous that she could still care for him, but she never comes off as pathetic or feeble-minded because Wright plays her with such a wide-open heart, which is such a stark contrast to the cynical machinations all around her that we feel the crushing human cost of these spy games whenever we look in her eyes.

As of this writing, I don’t know what the future has in store for Martha or for Wright — who recently had another prominent role this spring as Clarence Thomas‘s wife Virginia in HBO’s “Confirmation” — but her story arc so far is reminiscent of Drea De Matteo‘s Emmy-winning performance in “The Sopranos” the year Adriana’s divided loyalties finally cost her her life. “The Americans” shockingly dispatched Nina (Annet Mahendru) in a recent episode, but if Martha is on the same path I think it will be an unmistakable turning point for the show and its characters, a no-turning-back loss of innocence.

Elizabeth (Keri Russell) and Philip’s daughter Paige (Holly Taylor) has agonized all season wondering if her parents hurt people. Yes Paige, they do.