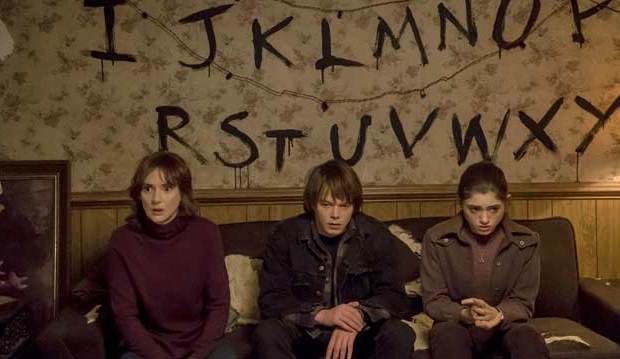 July isn’t usually a time for considering new Emmy contenders. The eligibility period for 2017 just started on June 1, and the TV academy hasn’t even started voting for the 2016’s winners, but every so often a dark horse makes an early appearance, like “Mad Men,” which premiered in July 2007 and won Best Drama Series a year later, or “Mr. Robot,” which debuted in June 2015 and is up for Best Drama Series now. Perhaps this summer’s watercooler drama, “Stranger Things” will make a similar impact next year. Stranger things have happened.

“Stranger Things” premiered its eight-episode first season on Netflix on July 15 and it has been steadily building in buzz as viewers gradually discover it. That’s one of the great benefits of Netflix’s distribution model. By premiering an entire season of a new show like this all at once, a viewer can be unaware one day, curious the next and then hooked all at once. Such a low barrier to entry encourages new viewers to take a quick peek – then devour it whole.

“Stranger Things” is a sci-fi/horror thriller, not the type of show the TV academy usually gravitates towards, but they’ve made more than a few exceptions in recent years, not the least of which are Best Drama Series winner “Game of Thrones” and frequently awarded anthology series “American Horror Story.” But while this series explores dark and unsettling territory it has a considerably lighter touch than those two Emmy winners.

Steeped in nostalgia, the series is set in Indiana in the 1980s where four pre-teen boys bonded by 10-hour “Dungeons and Dragons” campaigns are shaken when one of them goes missing. Then a mysterious, traumatized young girl appears and demonstrates otherworldly abilities. From there the series builds an intriguing mythology of an upside-down world and government conspiracy.

I came of age in the 1990s, so the show’s homages and references to ’80s culture didn’t resonate strongly with me — apart from recognizing certain scenes and story developments that show the clear influence of “E.T.,” but one of the strengths of the series is that nostalgia is more its added benefit than its raison d’etre. The story stands well enough on its own.

That’s thanks in large part to strong performances, especially from Winona Ryder as the mother of the missing boy, David Harbour as the town sheriff and especially Millie Bobby Brown as the mystery girl, known as Eleven; Brown is 12-years-old, but she shows depth and range beyond her years.

The show is also impressively styled, from its eerie cinematography by Tim Ives and Tod Campbell (Ives has previously lensed “House of Cards,” and both have worked on “Mr. Robot”) to its eerie production design by Chris Trujillo. Also particularly worthy of note is the score by Kyle Dixon and Michael Stein, which is full of ’80s-style synths without calling too much attention to itself. The series is created by brothers Matt and Ross Duffer, whose previous work includes “Wayward Pines” and the 2015 horror film “Hidden.”

Critics have also been enthusiastic about the series, which scored 75 on MetaCritic. Says David Wiegand (San Francisco Chronicle), “There may be other equally great shows to watch this summer, but I guarantee you won’t have more fun watching any of them than you will watching ‘Stranger Things.'” Adds Mary McNamara (Los Angeles Times), “The trappings may have been pried from the frozen ice of the Reagan administration, but the themes and the characters are timeless.”

As of this writing there’s no word on a second-season renewal by Netflix, though the Duffer Brothers already have ideas for continuing the story. From the reactions so far, it looks like there’s plenty of demand for it.