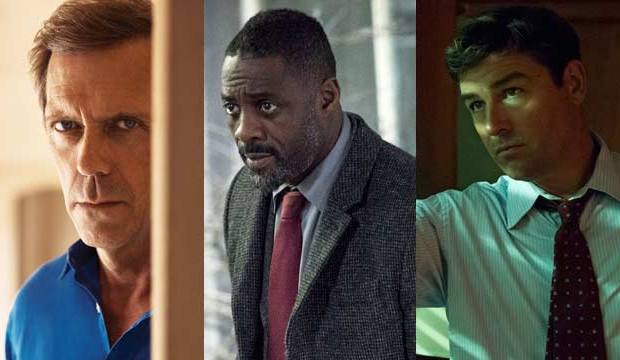 Are you making your Emmy predictions in our predictions center? If so, are you predicting any huge shockers that our experts and editors aren’t anticipating? Our forum posters are discussing the possibilities. Read some of their no-guts-no-glory picks below, and click here to join the discussion.

Amanda Spears: My pick: Hugh Laurie [for “The Night Manager”]. A vote split between the “OJ” and “Fargo” gentleman will give him his first Emmy!!

thedemonhog: Watch out for “The Night Manager” in writing. That category is such a mess with vote-splitting … It also serves as a clear alternative to the FX anthologies, which might be drawing from the same pool of voters anyway. This is not to mention how much the writers’ branch loves British shows, especially in this category.

Problemchild: Hugh Laurie is going to take down all the guys from FX for Best Supporting Actor in a Limited Series. He is overdue and he’s starring in Best Comedy champ “Veep.”

Teridax: Does anyone think Kyle Chandler could win for “Bloodline”? The show got the exact same actors in, for what is once again the show’s only nominations. He’s a previous winner for “Friday Night Lights,” so we know the industry really likes him, he submitted a great episode where he gives a very intense performance, I think it could happen.

Zooey the Dreamer: A win for Idris Elba [“Luther”] isn’t impossible. After all, he had quite a year and he became the first SAG winner not nominated for an Oscar. The good will could continue. His only competition is Bryan Cranston. Of course, I could be wrong, but the actors branch loves big names here. And while Courtney B. Vance has some passionate fans here, he’s nowhere near Cranston, Elba and Cumberbatch in terms of popularity.