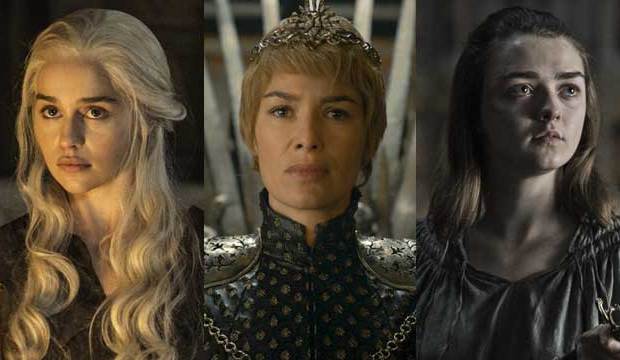 As the 2016 Emmy episode submissions are revealed, our forum posters are getting fired up over who the best contenders really are. There are three “Game of Thrones” women in the running for Best Drama Supporting Actress: Emilia Clarke, Lena Headey and Maisie Williams — so which one (if any) deserves the gold?

[FORUMS] What will be the most shocking Emmy upset: ‘The Night Manager,’ Idris Elba, Kyle Chandler?

Clarke submitted the episode “Book of the Stranger,” in which she goes out in a blaze of glory by setting fire to her Dothraki captors and becoming the ruler of their people. Headey also rules in her submission, “The Winds of Winter,” in which she ascends to the Iron Throne after destroying her own enemies in a blast of holy hellfire. Williams may not play a queen, but she still triumphs in her episode, “No One,” in which she fights off an assassin an defiantly reclaims her identity.

Read a few of our posters’ comments below, and click here to join the discussion where the fiesty debate is underway about all of this year’s Emmy episode submissions.

Ivo Stoyanov: Headey was amazing in the entire season, and really brilliant in episode 10, her win will be one of the most deserved and celebrated of the night.

Teridax: Maisie Williams had the best episode IMO of the “GoT” women, so I’m rooting for her to upset.

Fadhil Ramadhani: I think it’s all about momentum and “The Winds of Winter” is totally Cersei’s ultimate moment to literally kill it. Subtle but amazing performance. Love Emilia and Maisie, but it’s Lena’s for the win.