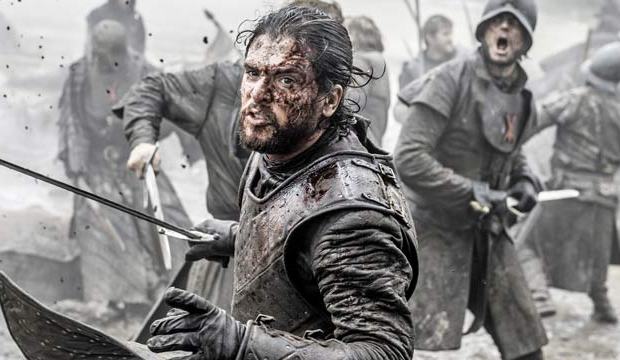 The “Game of Thrones” episode “Battle of the Bastards” is only the fourth in Emmy Awards history to win three key categories: directing, writing, and editing. This epic installment of the fantasy series also claimed makeup, sound mixing and visual effects at last weekend’s Creative Arts awards. And it was one of the submissions for the drama series win and was part of the season overall that won casting and stunts.

It was also submitted by supporting actor nominee Kit Harington. As it appeared nowhere else on the Emmy nominating ballots, a supporting actor win would have given it a perfect record but Ben Mendelsohn (“Bloodline”) kept that from happening.

The 2004 “Arrested Development” pilot holds the distinction of being the only comedy episode ever to achieve this feat. It was also nominated for art direction and was part of the season overall that won casting and comedy series.

“Love’s Labor Lost” from the first season of  the medical drama “ER” also won both sound editing and mixing at the 1995 Emmy Awards and it got a guest actress nomination for Colleen Flynn; Shirley Knight (“NYPD Blue”) won. It was part of a season that won casting. Curiously, the episode was not among the eight submissions for drama series.

Two-parter “The Madman” from “The Defenders” was the first to achieve this sweep way back in 1963, although the editing win was technically for the entire season (all by Sidney Katz). It was the legal drama’s single submission for the now-discontinued Program of the Year category, which went to “The Tunnel.” Don Gordon and Sylvia Sidney reaped guest acting bids, losing to Trevor Howard (“Invincible Mr. Disraeli”) and Kim Stanley (“Ben Casey”). No other episode is cited individually for the show’s other nominations, which were art direction and wins for lead actor (E.G. Marshall) and drama series.