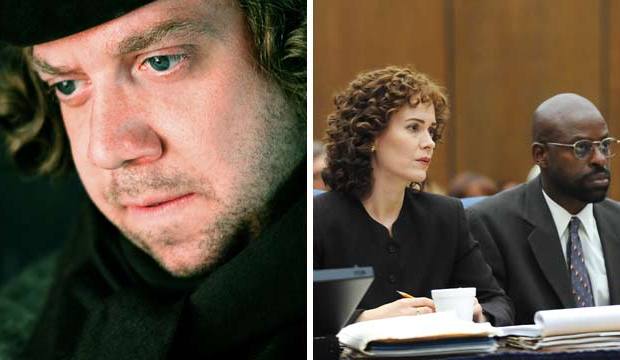 History was made in 2008, in more ways that one, when “John Adams” arrived at the Emmys. Directed by Tom Hooper (who went on to helm the 2010 Oscar champ “The King’s Speech”) the HBO miniseries was itself historical, telling the story of the title founding father who became the second president of the United States. But then it swept TV’s top honors, claiming an unprecedented 13 Emmys, including Best Miniseries. That’s more awards than any other movie or miniseries has ever received, and it’s the most awards won by any program in a single year — “Game of Thrones” slid into second place last year with 12 victories.

But a lot has changed since 2008. The TV landscape has expanded since then, and long-form programming has exploded, especially with the rise of anthologies like “American Crime,” “American Horror Story” and “Fargo” — not to mention this year’s Best Limited Series frontrunner, “The People v. O.J. Simpson.” If “John Adams” had to face this depth of competition, would it have broken the record or fallen short? Might it not even win the top prize?

We asked our forum posters to weigh in. Read some of them comments below, and click here to join the discussion.

Boidiva02: I think that it would probably get overshadowed by OJ Simpson, Roots and Fargo in the main races, but would clean up in the technical races.

Teridax: I genuinely wonder if Paul Giamatti would have been strong enough to beat Cuba Gooding Jr. and Courtney B. Vance from “The People v. O.J. Simpson,” or Bryan Cranston as LBJ in “All the Way.” Interestingly, one of the only major races “John Adams” lost was for its director, Tom Hooper, who lost to “Recount’s” Jay Roach, who also helmed “All the Way.”

CanadianFan: Sweeps are easier now that the voting is more uniform, but the limited races are so deep now that ‘John Adams’ would probably only get a fraction of those wins in 2016. It’s encouraging that the TV landscape has changed so much in such a short period of time.