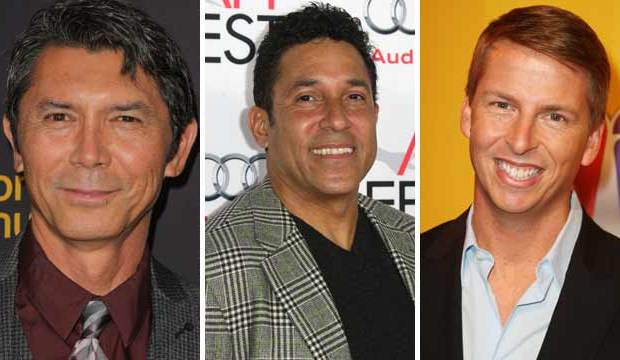 This year the television academy continued its effort to expand the Emmys as the nature of the TV industry evolves with new platforms for content. After welcoming streaming programs like “House of Cards” (Netflix) and “Transparent” (Amazon) into the drama and comedy races, the TV academy has now expanded its short-format categories, including first ever awards for Best Short Form Actor and Best Short Form Actress.

These categories may be new, but they’ve welcomed a number of familiar faces who have a chance to win for the first time. That includes Oscar Nunez, who co-starred in “The Office” for eight years as Oscar Martinez but was never nominated for a Primetime Emmy; he did, however, win a Daytime Emmy for Best Broadband Program in 2007 for “The Office: The Accountants.” Nunez is nominated for an episode of the comedy “The Crossroads of History,” in which he plays a native of Hispaniola who doesn’t understand the primitive ways of an invading Christopher Columbus. Nunez is nominated alongside his co-star Lou Diamond Phillips, who plays the tribal chief.

The long-running Adult Swim comedy “Childrens Hospital” also benefitted from the new categories. Already a two-time past Emmy-winner for Best Short-Format Entertainment Program (2012-2013), it now has three acting bids, for series creator Rob Corddry as Dr. Blake Downs, Rob Huebel as dim-witted Dr. Owen Maestro and Erinn Hayes as Dr. Lola Spratt. Corddry is already an Emmy-winner as a producer of the series, and Huebel is a past nominee for Best Reality Program back in 2001 for “The Awful Truth,” but Hayes contends for the first time.

Rounding out the race for Best Short Form Actor is Jack McBrayer for another Adult Swim series, “Your Pretty Face is Going to Hell.” McBrayer is best known for his role on “30 Rock” as NBC page Kenneth Parcell; he earned just one acting nomination for that series, but like Nunez he was recognized for bringing his character online: McBrayer earned two nominations for Best Short Format Entertainment for “30 Rock: Kenneth the Webpage.”

Joining Hayes in the race for Best Short Format Actress is Janet Varney, known for voicing the title character in “The Legend of Korra” as well as her recurring role in “You’re the Worst,” contends as Denie Silverman in Funny or Die’s “Everyone’s Crazy But Us.”

Meanwhile, Tracie Thoms, the theater and TV vet known for the big-screen adaptation of “Rent,” is now nominated for playing Gwen, who has the power to send African Americans back in time to the slavery era in the BET web series “Send Me.”

Coincidentally, Patrika Darbo is also nominated for a zombie series: “Acting Dead,” about struggling actors who turn into real zombies in order to land roles in zombie-based TV shows and movies. Unlike her four rival nominees, Darbo has been nominated for an Emmy before, though not in primetime: she earned a Daytime Emmy nom in 2000 for Best Supporting Actress for “Days of Our Lives.”