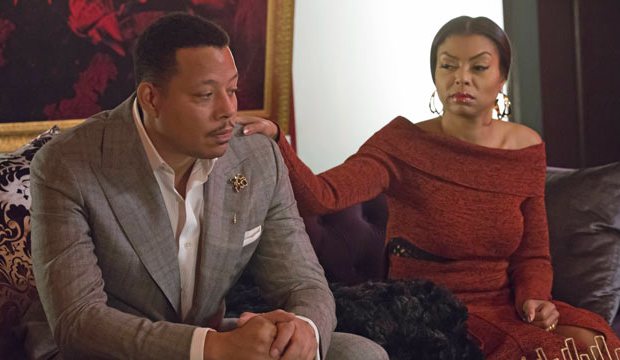 Despite being a smash hit in its first season, “Empire” was shockingly snubbed in key Emmy Awards categories last year, scoring only two nominations: Taraji P. Henson as the inimitable Cookie Lyons and costume design. Yet just like “Dallas” and “Dynasty,” two primetime soaps that dominated the airwaves in the 1980s, the second season of this hip hop melodrama could see an uptick in nominations, including in the Best Drama Series category.

Much like “Empire,” “Dallas” and “Dynasty” received minimal nominations in their first seasons (originally conceived as a five-part miniseries, “Dallas’” first full season is now considered to be its second). Perhaps perceived as too trashy for the high-minded TV academy, the shows received only two citations each: Drama Actress (Barbara Bel Geddes) and Film Editing for “Dallas,” Art Direction and Film Editing for “Dynasty.” Yet both soon became too big to ignore, with audiences and critics forcing voters to reevaluate their opinions.

“Dallas” created a frenzy with its third season cliffhanger, “A House Divided,” in which the villainous J.R. Ewing (Larry Hagman) was shot from an off-screen assailant. The question of “Who Shot J.R.?” became a national obsession, spawning T-shirts that are still worn to this day. The hype was at such a fever pitch that the fourth season premiere, “Who Done It?” remains one of the most-watched episodes in television history. Voters rewarded the series with its first nomination for Best Drama Series, as well as for Hagman and for score; Bel Geddes won for her leading role as family matriarch Ellie Ewing.

“Dynasty,” meanwhile, saw an uptick in the ratings with the second season arrival of Joan Collins as Alexis Carrington, the one diva who could beat Cookie in a catfight. As the storylines became increasingly melodramatic, audiences lapped them up like ice cream, and the show was nominated for Best Drama Series and Best Actor for John Forsythe as Alexis’ ex-husband, Blake.

‘Empire,’ ‘Game of Thrones’ lead Golden Globes predictions, but what about ‘Outlander’?

With more twist and turns than a Shakespearean four-acter, this sophomore season of “Empire” has received generally positive reviews from critics, with an 88% on Rotten Tomatoes versus an 80% rating last year. Audiences are sure to tune in for Wednesday’s finale after the stunning penultimate episode left Jamal (Jussie Smollett) fighting for his life and Lucious (Terrence Howard) once again on the F.B.I.’s radar.

You can count on Golden Globe winner Henson snagging another Emmy bid for Best Drama Actress: she currently holds fourth place odds of 15/2 amongst our experts. And though he was snubbed last year, Howard could benefit from two open slots in Best Drama Actor with Jeff Daniels (“The Newsroom”) and victor Jon Hamm (“Mad Men”) no longer eligible. Though facing stiff competition in Drama Supporting Actor, Smollett has been on the rise as of late, helped by a key guest role in the hit WGN series “Underground.” That combined with a spectacular season could be enough to push him through.

And let’s not rule out a variety of guest actors, including Leslie Uggums as Lucious’ back-from-the-dead mother, Marisa Tomei as a conniving executive and Chris Rock as a violent drug dealer from the Lyon’s past.

The costumes, recognized last year with noms for Rita McGhee and Paolo Nieddu, could factor in again: honestly, who doesn’t watch the show wondering what outrageous outfit Cookie or her son Hakeem (Bryshere Y. Gray) will wear next? And The production design by Chris Cleek and Chase Harlan, even grander this season than last, could also be in play.

Lastly, we can’t forget the songs, which were shockingly snubbed last year. Who could forget the prison rap “Snitch Bitch,” or the Smollett/Alicia Keys anthem “Powerful?” And then there’s “Chasing the Sky,” which for a brief moment brings TV’s most dysfunctional family together.