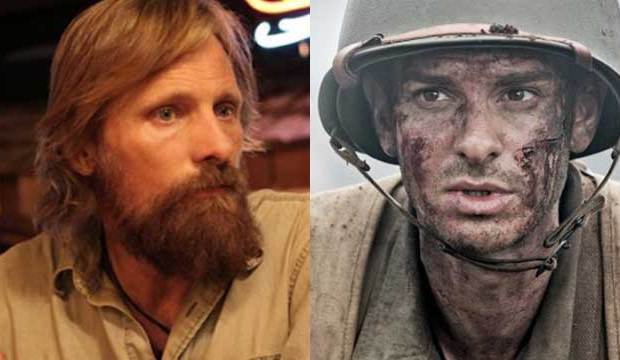 After reaping bids from both the Golden Globes and SAG Awards, “Captain Fantastic” star Viggo Mortensen has broken into the top five for Best Actor at the Oscars according to the predictions of our 27 experts. His odds of 16/1 are good enough for fifth place and he bumps out Tom Hanks, spurned by both of these precursor prizes for his portrayal in “Sully” of real-life hero Chelsey Sullenberger who landed a passenger plane in the Hudson River in 2009 when it was disabled by a bird strike.

These Oscarologists, drawn from major media such as Variety, Yahoo and Entertainment Weekly, are particularly mindful of the stellar 22-year track record of the SAG Awards when it comes to previewing Oscar nominees. Of the 11o performances nominated for Best Actor by the guild, 91 have gone on to be recognized by the actors branch of the academy in either the lead or supporting category for a success rate of 83%. Ironically, one of those SAG nominees snubbed at the Oscars was Hanks for “Captain Phillips” in 2013.

Also getting a boost with bids from both the guild and the Globes is “Hacksaw Ridge” star Andrew Garfield for his stirring performance as Desmond Doss, a conscientious objector who became a WWII hero. With odds of 10/1, he takes over fourth place from Joel Edgerton, who was got into Best Drama Actor at the Globes for his moving performance in “Loving” but was left out of the guild’s more expansive race that considers dramatic, comedic and musical turns.

“Manchester By the Sea” leading man Casey Affleck remains far out front with leading odds of 15/8. Earlier this month, he was named Best Actor by the New York Film Critics Circle and runner-up by their L.A. counterparts. He picked up that same prize at the Critics’ Choice Awards and contends at both the Globes and SAG Awards. A whopping 21 of our 27 Oscar experts derived from major media outlets are now backing his bid.

Coming on strong is Denzel Washington, a two-time Oscar winner for acting [“Glory” (supporting, 1989) and “Training Day” (lead, 2001)], who directs and stars in “Fences.” He has secured the votes of six experts for recreating his 2010 Tony-winning work as a man facing a mid-life crisis in August Wilson’s Pulitzer Prize and Tony champ. He has odds of 3/1 to win a third Oscar.

Sitting in third with odds of 11/2 is “La La Land” leading man Ryan Gosling. He is the only one of the quintet to contend over on the comedy/musical side at the Globes and he is strongly favored to win that race. He also earned nominations from the Critics’ Choice and SAG Awards.

See how our experts rank Oscar contenders according to likelihood of winning in all top races. Use the drop-down menus at the top of each page to see other categories. And see individual experts’ Oscar predictions as well.

Oscars 2017: Predictions and odds in all the top races

All the other potential nominees are at 100/1 odds.

Golden Globes 2021: Who should receive the Cecil B. DeMille Award? [NEW POLL]

Now that Tom Hanks is on the mend, let's celebrate him at his speechifying best [WATCH VIDEO]

The Oscars love the '90s: The supporting actor field is a bunch of acting champs (and a nominee) from…