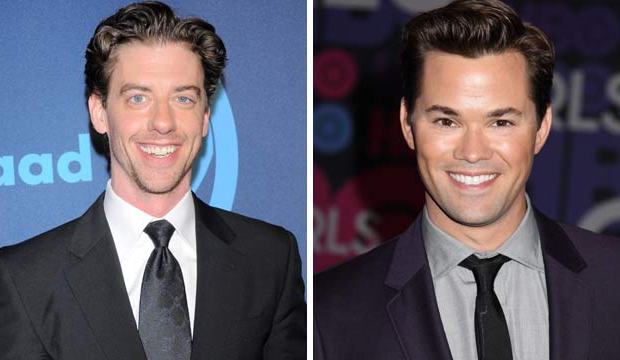 The first revival of William Finn and James Lapine’s Tony-winning musical “Falsettos” began preview performances at the Walter Kerr Theater on September 29 and officially opens October 27. Long-awaited, it is scheduled for a 14-week limited run. “Falsettos” is one of only four musical revivals currently scheduled to open this season, making it a prime contender in that category at the 2017 Tony Awards.

Photo Gallery: Who Needs a Tony to reach EGOT?

The show is composed of two one-act musicals that were first staged separately Off-Broadway. The first act, “March of the Falsettos,” tells the story of a Jewish man’s attempt to create a new family that includes his ex-wife, his young son and his new boyfriend. Act two, “Falsettoland,” takes place two years later as the characters attempt to plan a bar mitzvah against the turbulent backdrop of the budding AIDS epidemic of the early 1980s.

The original production opened on Broadway in 1992 and ran for almost 500 performances, earning seven Tony nominations and winning two awards: for Finn and Lapine’s book and for Finn’s original score. Finn received an additional Tony nomination in 2005 for his score for “The 25th Annual Putnam County Spelling Bee.” Lapine, who also won Tonys for writing the books for “Into the Woods” (1988) and “Passion” (1994) and a Pulitzer Prize for “Sunday in the Park with George” (1984), directed the original production and is back at the helm.

The cast of “Falsettos” is a who’s who of Tony nominees and winners. Two-time champ Christian Borle (“Peter and the Starcatcher” and “Something Rotten”) leads a cast that also includes two-time nominee Stephanie J. Block (“The Boy from Oz” and “The Mystery of Edwin Drood”), one-time nominee Andrew Rannells (“The Book of Mormon”), and one-time nominee Brandon Uranowitz (“An American in Paris”).

So will this revival do as well at the Tony in 2017 as the original did 25 years ago? Comment below, and click here to discuss the latest theater news in our forums.

Brandon Uranowitz ('Burn This'): '1st time I feel like I have my feet firmly planted in the Broadway…