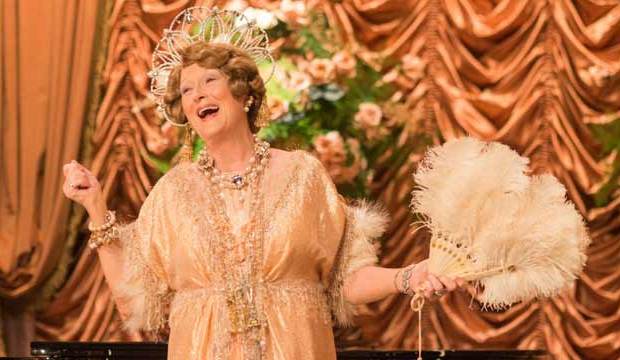 Should Meryl Streep prepare yet another acceptance speech? She has earned predictably glowing reviews for her performance in the comedy “Florence Foster Jenkins,” about a real-life opera singer deluded about how terrible she is. Streep has been nominated for a record 19 Oscars, winning three, so she’s aiming for a landmark 20th acting bid, and it could very well happen with the help of director Stephen Frears. He has helmed Oscar-nominated performances by Anjelica Huston and Annette Bening (“The Grifters,” 1990) as well as two by Judi Dench (“Mrs. Henderson Presents” in 2005 and “Philomena” in 2013), plus an Oscar-winning turn by Helen Mirren (“The Queen,” 2006).

Do you think Streep will get her 20th nom? Check out some of the reviews below.

Leah Greenblatt (Entertainment Weekly): “Streep of course is impeccable at everything, including being awful, and Florence’s loopy narcissism gets some needed context when the more tragic aspects of her past are revealed. [Hugh] Grant’s tender, conflicted performance, though, is a small revelation; he’s been given a much quieter instrument, but he plays it beautifully.”

Dana Stevens (Slate): “Late summer isn’t just a time for malaise, mosquitoes, and bad superhero movies. It’s also, blessedly, become a time for Meryl Streep comedies. Last summer there was ‘Ricki and the Flash.’ A few years before that, ‘Hope Springs.’ ‘The Devil Wears Prada’ (2006), ‘Mamma Mia!’ (2008), and ‘Julie & Julia’ (2009) were all mid-to-late summer releases. Just at the moment when the public’s palate has been scorched to numbness by a string of barely differentiable franchise reboots, along comes La Meryl like a cooling scoop of peach ice cream.”

Find out how this year’s awards contenders fare — Click Here

Bill Zwecker (Chicago Sun-Times): “The great gift of this film, of course, is that Streep again completely embodies the character she is playing and not only brings her back to life decades later, but imbues Florence with such empathy, charm, dedication and warmth that we’re cheering for her throughout this entire movie. Missed note or atrocious phrasing notwithstanding, we are able to overlook Florence’s shrill assaults on the eardrums — though there are a tad too many of them here that could have been edited out — just because we are entranced by Florence’s desire to follow her dream.”

Neil Genzlinger (New York Times): “Meryl Streep will get most of the attention accorded the crowd-pleasing ‘Florence Foster Jenkins’ thanks to a performance that may single-handedly set off a boom in the earplug industry … Ms. Streep is a delight, hilarious when she’s singing and convincingly on edge at all times. She gives us a woman who is tethered to reality just enough to function, but divorced from it just enough to be clueless about her lack of musical ability.”