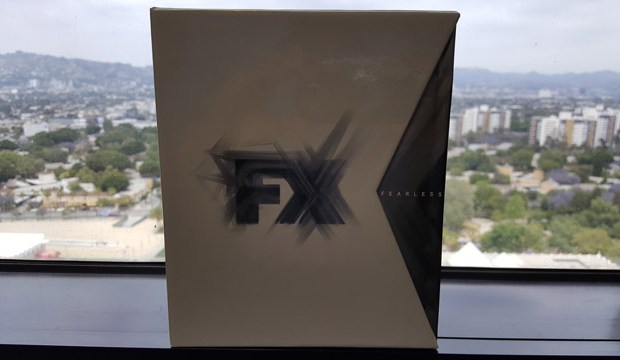 “The People v. O.J. Simpson,” “The Americans” and “American Horror Story: Hotel” are landing a double-punch to voters having already been included in the earlier 20th Century Fox mailer and now here in FX’s FYC push. The other big gun for FX, the critically hailed “Fargo” which won the Best Miniseries Emmy in 2014 for its first iteration, sent its entire second season of 10 episodes to voters.

Mixing in stand-out episodes or entire seasons of each of its shows, FX also makes sure voters can catch the shows in their entireties on their FYC online site. Do you think FX can break its own record for most Emmy nominations by a basic cable network this year? Sound off in the comments section below or join the discussion right here in our TV forum.