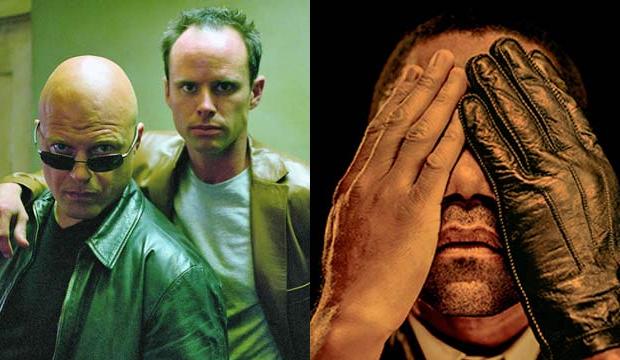 When the 2016 Emmy Awards nominations were announced, FX claimed the top spot among all basic cable networks with 56 bids. It was the #2 network overall in terms of nominations, behind only paycaster HBO with 94. Thanks in no small part to “Fargo” and its trio of “American” shows — “The People v. O.J. Simpson: American Crime Story,” “American Horror Story: Hotel” and “The Americans” — FX officially exploded into the Emmy-verse. That’s no small feat considering the network’s humble Emmy beginnings.

In 2002 FX first broke into the Emmys with a trio of bids for “The Shield.” In a shocker, this gritty cop show went on to win Best Drama Actor at the Emmys for Michael Chiklis — a first for basic cable. Throughout its run “The Shield” nabbed several high-profile Emmy noms, including Best Actress Glenn Close, Best Supporting Actress CCH Pounder, Best Writing and Best Directing, But it could never take home another trophy.

FX continued pulling in a modest number of nominations for shows like “Nip/Tuck” and “Rescue Me” before it finally cracked double-digits in 2008 thanks to the breakout hit “Damages,” which starred Close. FX and AMC shared a record that year as “Damages” and “Mad Men,” respectively, became the first basic cable shows to be nominated for Best Drama Series. While “Mad Men” claimed the top prize, “Damages” won back-to-back Emmys for Close (2008, 2009), giving FX its Drama Actress bookend to that Drama Actor victory for Chiklis six years earlier. “Damages” went on to be nominated for Best Drama Series again in 2009 and it won a total of four Emmys. In addition to those two for Close, “Damages” won Best Casting and it pulled off a jaw-dropping victory for Best Supporting Drama Actor when Zeljko Ivanek crushed frontrunners Michael Emerson (“Lost”) and Ted Danson (“Damages”).

With most of its tent-pole dramas all coming to an end in the early 2010s, FX looked to be in an Emmy holding pattern. Then came “Louie.” For the first time, the network earned a nomination for Best Comedy Series and it had a real shot to put an end to “Modern Family’s” reign in 2013. Alas, “Louie” didn’t cross that ultimate finish line, but producer/writer/star Louie C.K. earned two trophies for Best Comedy Writing: “Pregnant” episode in 2012 and “So Did the Fat Lady” episode in 2014.

When “Nip/Tuck” producer Ryan Murphy returned to the network in 2011, things took a frighteningly good turn. The “American Horror Story” franchise was an immediate hit creatively and at the Emmy Awards where it’s scored 78 nominations so far over its first five years. It’s not an exaggeration to say that Murphy’s vision reinvented the TV miniseries and paved the way for other networks to do the same (hello, “True Detective” and “American Crime”).

FX’s biggest claim to fame yet may be anthology series “The People v. O.J. Simpson.” Bowing in January under Murphy’s new “American Crime Story” banner, “O.J.” pleads guilty to 22 nominations. Adapting the 20-year-old story that we all remember so well has evoked a raw sense of nostalgia in its audience, made even more timely by the ESPN docu-series that premiered prior to initial Emmy voting. With six acting nominations (leads Sarah Paulson, Cuba Gooding Jr. and Courtney B. Vance; supporting players Sterling K. Brown, David Schwimmer and John Travolta), three bids bids each for writing and directing, as well as one for Best Limited Series, “O.J.” is a bonafide powerhouse at this year’s Emmys.

Here’s a look at how FX has grown in Emmy nominations and wins over the past 15 years: