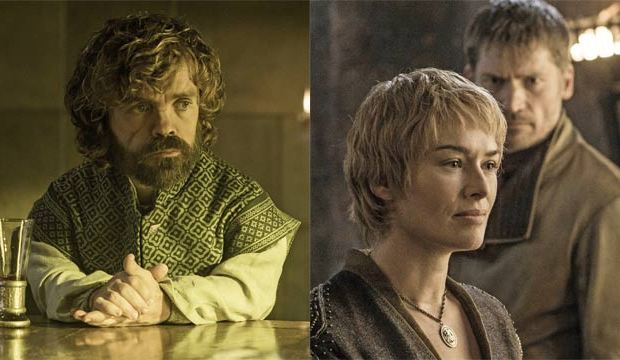 HBO’s “Game of Thrones” has officially submitted just nine performers for consideration at this year’s Emmy Awards. (Visit our forums to view the link to the 2016 Emmy ballot.) Perennial nominee and two-time winner Peter Dinklage (Supporting Actor, 2011 and 2015) as well as last year’s nominees Lena Headey and Emilia Clarke are back in contention. There are five other supporting players submitted, while Max von Sydow rounds out the list as the show’s only submission in the guest acting races for his first and (spoiler!) last season.

These nine are only a slice of the many great performances the show has to offer, but a series as large as “Game of Thrones” must leave some out in order to raise the profiles of the ones on the list. Below, I briefly discuss the standout episodes that each of the nine actors should submit for Emmy consideration as well as the notable performances the show omitted on this year’s ballot.

Nikolaj Coster-Waldau as Jamie Lannister
Best episode to submit: “No One”
Features a long-awaited reunion with Brienne and the convincing of Edmure Tully to take back and then yield Riverrun to the Lannister forces.

Peter Dinklage as Tyrion Lannister
Best episode to submit: “Book of the Stranger”
Tyrion meets with the slave masters to broker peace throughout Slaver’s Bay and has to convince Missandei and Grey Worm that it was a good idea.

[WATCH] ‘Game of Thrones’ recap of ‘No One’: Maisie William was Emmy-worthy

Emilia Clarke as Daenerys Targaryen
Best episode to submit: “Book of the Stranger”
Dany’s worth is judged by the Khals before she sets fire to the temple of the Dosh Khaleen and emerging from the flames (again) to win over the Dothraki army she needs to invade Westeros.

Lena Headey as Cersei Lannister
Best episode to submit: “No One”
After standing up to the Faith Militant and allowing her Mountain to rip the head off of one of them, Cersei finds out her own son has denied her the trial by combat she was expecting would save her life.

Sophie Turner as Sansa Stark
Best episode to submit: “The Door”
Sansa is greeted by Littlefinger who offers the military support of the Vale, but not before she holds him accountable for what he made her endure by giving her to Ramsay Bolton.

Carice van Houten as Melisandre
Best episode to submit: “Home”
Though she doesn’t believe she can, Melisandre succeeds in resurrecting Jon Snow.

Maisie Williams as Arya Stark
Best episode to submit: “No One”
After being nursed back to health by Lady Crane, Arya is chased by the Waif before yielding Needle once again and killing her. Later she takes back the name Stark and leaves the House of Black and White.

Max von Sydow as The Three-Eyed Raven
Confimed episode submission: “The Door”
From the Emmy ballot: The Three-Eyed Raven tries to train Bran methodically, but Bran’s impatient. When Bran enters a vision unguided, he allows the Night King to negate the Raven’s protection. Desperate, with time running out, the Raven overloads Bran with omniscience. Trapped, the Raven falls to his ancient nemesis – but saves his pupil.

Two performers previously submitted that are the most glaring omissions this year are three-time nominee Diana Rigg as Lady Olenna Tyrell and Natalie Dormer as Margaery Tyrell, first submitted for consideration last year. Rigg competed in the Guest Actress category the last three years, but is considered ineligible there this year due to an increase of screen time and episode inclusion in Season 6. She could have and should have competed in Supporting Actress alongside Dormer, both of whom could have submitted “The Broken Man” as their episode.

Series regulars that have never been submitted, but have done award-worthy work already this season include: Alfie Allen as Theon Greyjoy, Gwendoline Christie as Brienne of Tarth, Iwan Rheon as Ramsay Bolton, Kristian Nairn as Hodor and Rory McCann as Sandor “The Hound” Clegane. A submission for Nairn may have been smart to capitalize on the wide-spread love for Hodor. McCann might be the most surprising omission as “The Broken Man” brings his adored character back to the series and explains the relationship with his past and future.

Speaking of that episode, Ian McShane as Brother Ray, the Septon that savess The Hound’s life, is a missed opportunity for the series to submit a well-known actor new to the series for a striking performance.

The show easily could have justified submissions for other series newcomers if they’d put Bella Ramsey as Lyanna Mormont, Pilou Asbaek as Euron Greyjoy, James Faulkner as Randyll Tarly or Essie Davis as Lady Crane into the mix. Ramsey and Davis are the most egregious — one is a younger actress with one small, but high impact scene in “The Broken Man” and the other is already well-known for her role in last year’s “The Babadook,” who played a character playing a character (Cersei) already twice nominated.

“Game of Thrones” finally won Best Drama Series at last year’s Emmy Awards and even set a new record with 12 trophies in all. Will Season 6 keep up the same awards momentum? Sound off right here in our famous TV forums.

Aaron Paul lost his Emmy record to Peter Dinklage, but could match him again (sort of) with 'El Camino…