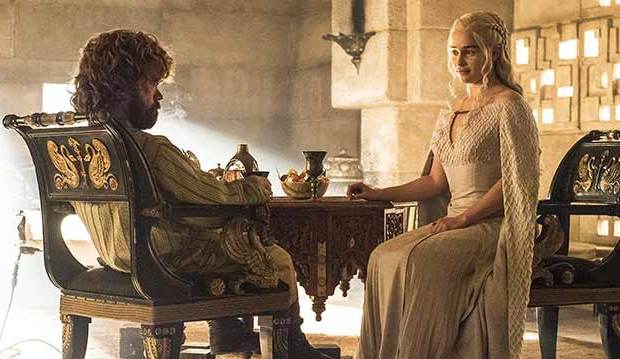 The Location Managers Guild bestowed their annual awards on April 23 and brought to a close this year’s run of awards from the 16 industry guilds and societies that share voters with the Emmys. Most guilds use the calendar year for eligibility, while the Emmys judge June through May.

“Game of Thrones” won big for its fifth season, which was no surprise after that season claimed a record-breaking 12 Emmys last fall. The fantasy epic won with 11 of the 14 guilds at which it contended. Among those that it lost with were the American Cinema Editors – curious because “Game of Thrones” won the Emmy for editing last year. However, this discrepancy might merely be the result of different voting systems. Both the Emmys and the guild nominated multiple “Game of Thrones” episodes for editing. But guild awards are decided by a plurality vote, which makes vote-splitting a factor. The Emmys combat vote-splitting by using preferential ballots, but will be adopting the plurality system this year.

“House of Cards” may be on an upswing, considering that it won that ACE Award over “Game of Thrones” even though the Emmys snubbed it for editing. The political drama also earned Kevin Spacey the Screen Actors Guild Award for Best TV Drama Actor; he had lost the equivalent Emmy to Jon Hamm (“Mad Men”) a few months earlier. The third season of “House of Cards” won more guild awards this year than the first two seasons combined, though its four guild wins still leave it a distant second to “Game of Thrones.” “House of Cards” will contend at the next Emmys for its recently released (and better-received) fourth season; it will face new dramas there including “Billions” and “Vinyl.”

“Mr. Robot” won in a category for which “Game of Thrones” was ineligible: Best New Series at the Writers Guild Awards. The last two freshman shows to win Best Drama Series at the Emmys also took home that award. “Homeland” also won guild awards for Best Editing, Best Sound Editing (Dialogue) and Best Writing (Episodic), while “Mad Men” also won Best Directing and Best Production Design. While “Mr. Robot” was not nominated for any of those honors, it did win Best Drama Series at both the Golden Globe and Critics’ Choice Awards.

The fifth season of “Homeland” was the show’s first not to win any guild awards. “Homeland” is also the only of last year’s seven Best Drama Series Emmy nominees without a guild win this year, although both of the awards for “Orange is the New Black” came in comedy categories; it’ll compete at the Emmys as a drama. In all, the guilds nominated 48 dramas this year and awarded the 15 listed below.

‘Game of Thrones’ season 6 premiere reviews are in:
Was ‘The Red Woman’ Emmy worthy?

“How to Get Away with Murder” (1 win from 1 guild)
SAG: Best Drama Actress