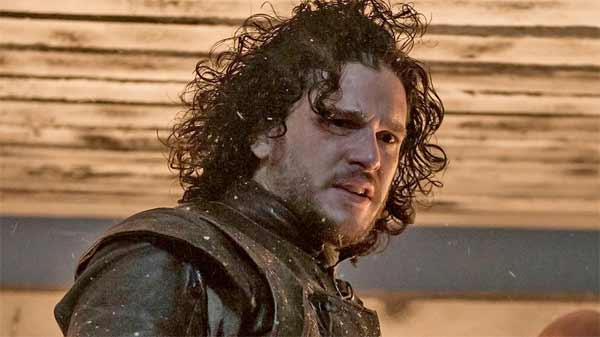 In this week’s Gold Derby “Game of Thrones” slugfest (watch below) Amanda Spears and I explore which actors gave the best performances in “Oathbreaker,” the third episode of this sixth season.We also break down the series’ Emmy prospects, executions and drinking games.

Amanda notes, “It again began and ended with Jon Snow (Kit Harington). It seems to be his season this year.” In the episode, Snow comes to terms with being brought back from the dead and having been killed by some of those he was commanding. The episode ends with him hanging his murderers for their treason. As one of our all-star Gold Derby forum posters, vinny, declares “Kit Harington for MVP here.”

Another standout performance, in my opinion, came from Conleth Hill who “was pretty amazing. He had a really good scene.” Hill plays Varys, the eunuch, who is helping run the city of Meereen in the absence of Daenerys Targaryen (Emilia Clarke). In this episode he meets with a woman and in a chilling monologue is able to convince her to give up information on the Sons of Harpy resistance group.

Maisie Williams also shone in this episode, particularly in an extended montage scene. She talked about her troubled past, trained to fight and had her sight restored. Amanda found this to be “very entertaining and very well done. It’s so subtle. She’s always had a lot to do and she’s so young. She’s really been good on the show.”