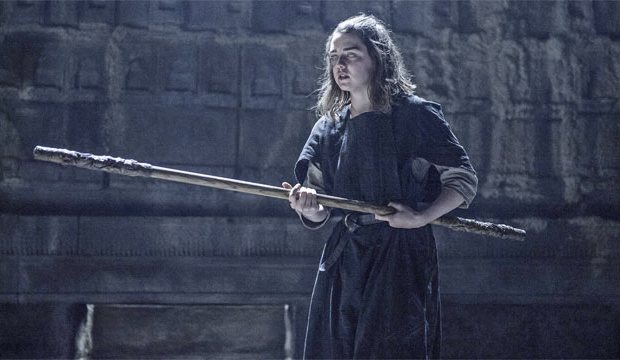 “Game of Thrones” fans, now you can get your first look at “Oathbreaker,” the third episode of Season 6, by scrolling through our new photo gallery above. In one of the seven pictures just released by HBO, a blind Arya Stark (Maisie Williams) begins her training in Braavos. You can also catch a glimpse of a surprised-looking Davos Seaworth (Liam Cunningham) at the Wall … hmm, is he perhaps gobsmacked at seeing a zombified Jon Snow (Kit Harington)?

This week’s episode is written by showrunners David Benioff & D. B. Weiss and directed by Dan Sackheim. Here’s the official description from HBO, which does include spoilers: “Daenerys (Emilia Clarke) meets her future. Bran (Isaac Hempstead Wright) meets the past. Tommen (Dean-Charles Chapman) confronts the High Sparrow (Jonathan Pryce). Arya trains to be No One. Varys (Conleth Hill) finds an answer. Ramsay (Iwan Rheon) gets a gift.”