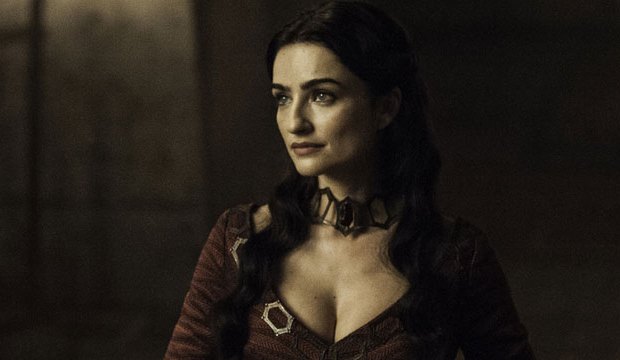 “Game of Thrones” fans, now you can get your first look at “The Door,” the fifth episode of Season 6, by scrolling through our new photo gallery above. In one of the six pictures just released by HBO, Sansa Stark (Sophie Turner) and Petyr “Littlefinger” Baelish (Aidan Gillen)  are reunited for the first time since last season. But all is no well despite his gift to her of the Knights of the Vale.

“Book of the Stranger” is written by showrunners David Benioff & D. B. Weiss and directed by Jack Bender. Here’s the official description from HBO, which does include spoilers: “Tyrion (Peter Dinklage) seeks a strange ally. Bran (Isaac Hempstead Wright) learns a great deal. Brienne (Gwendoline Christie) goes on a mission. Arya (Maisie Williams) is given a chance to prove herself.

[WATCH] ‘Game of Thrones’ recap of ‘Book of the Stranger’:
‘Emilia Clarke positioned to win the Emmy’