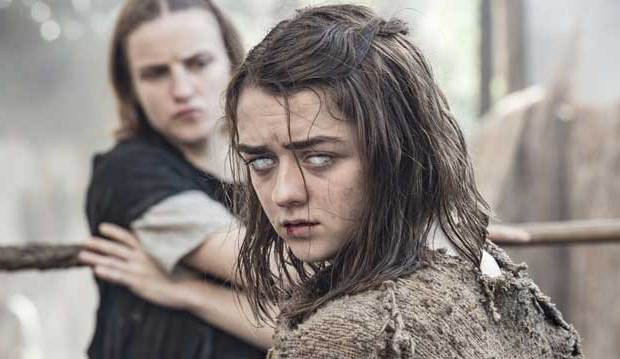 The critics have weighed in on the highly anticipated season 6 premiere of “Game of Thrones,” titled “The Red Woman,” a reference to a surprise twist ending involving the mysterious Melisandre (Carice Van Houten). Has the show returned in peak form, or has it lost its footing? Read a selection of their reactions below, and discuss the episode yourself in our comments and message board.

Also, vote in our poll for which killed-off “Thrones” character you wish you could bring back from the dead.

Laura Prudom (Variety): “Despite several seasons of criticism that the show is over-reliant on raping and objectifying its female characters, it’s impossible to deny that ‘Thrones’ has always excelled at portraying an array of complex, compelling and well-defined women in its central cast (perhaps more than any other show on TV), many of them even more cunning, power-hungry and resourceful than the male characters … it’s nonetheless a step in the right direction to see so many female characters with agency and a clear sense of purpose in this premiere.”

Brandon Nowalk (The A.V. Club): “This is classic ‘Game Of Thrones,’ dueling strategies and dire odds, and it’s a delight precisely because it doesn’t skip any steps. It lies in the bed it made.”

Michael Calia (Wall Street Journal): “A new dawn breaks on ‘Game of Thrones,’ but it’s a spirit of mourning and mounting dread which grips everyone, at least for much of the episode. ‘A reckoning will come,’ the ruthless Roose Bolton says at one point. Indeed.”

Daniel D’Addario (Time): “Season premieres of ‘Game of Thrones’ have, traditionally, been more engaged in table-setting for the next nine episodes than in plot twists; those have, throughout the show’s history, come once we’re fully immersed in Westerosi politics. This is not to say that there was nothing of interest in the ‘Thrones’ premiere, but the long-awaited episode did more work tying up loose narrative threads than it did giving us new provocations.”

James Hibberd (Entertainment Weekly): “This is the strongest opening episode of ‘Game of Thrones.’ Yes, Jon Snow is still dead, but the lives of all the survivors in Westeros and Essos are as compelling as ever. Expertly shot (and looking super expensive), each sequence was totally effective at setting up the next, with dashes of drama, action, horror, and humor. Thrones season premieres have never been the best episodes, often focused on re-establishing all the various story lines. But after last year’s cliffhanger, ‘The Red Woman’ (and oh yes, we’ll get to that shocking Melisandre reveal), this hour just barreled forward.”