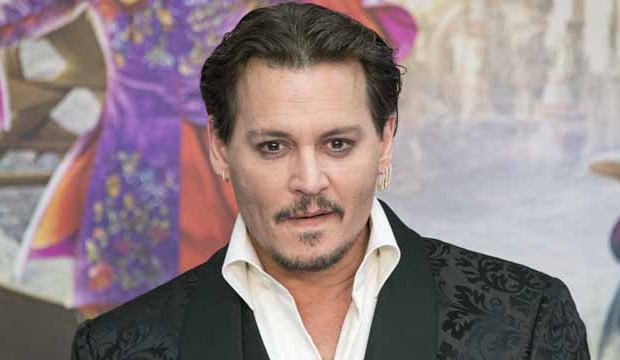 Johnny Depp fans worldwide came out in full force to vote in our poll as to which male star should receive the Cecil B. DeMille Award at the upcoming Golden Globes. An astounding 90% of over 13,000 ballots cast went to this leading man, best-known for his work with Tim Burton and the “Pirates of the Caribbean” franchise. The Hollywood Foreign Pres Assn. will announce the next recipient sometime in the near future. Last year’s choice, Denzel Washington, was announced in early November. However, the prior two picks — Woody Allen and George Clooney — were revealed in September.

Depp, a 10-time Golden Globe nominee, won Best Comedy/Musical Actor for the 2007 film “Sweeney Todd: The Demon Barber of Fleet Street.” In second place in our poll was two-time Oscar winner Tom Hanks, who picked up support from over 1,000 people (8% of the vote). Far back in third place was Brad Pitt with 117 votes (less than 1% of the vote).

While the Golden Globes do dole out prizes for both television and films, the DeMille honorees are almost always movie stars or directors. To that end, we had a total of 15 men over age 50 in this poll. The others were: actor Jeff Bridges, director and actor Mel Brooks, actor Michael Caine, director Francis Ford Coppola, actor Tom Cruise, actor Billy Crystal, actor Robert Duvall, director Ron Howard, director and actor Jerry Lewis, director George Lucas, actor Steve Martin, and actor Eddie Murphy.

We also have a poll featuring 15 women who might be in contention for the DeMille prize . You can keep voting in that for the next few days.