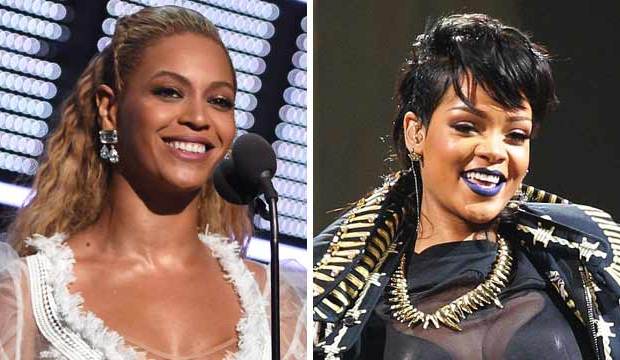 The Grammys have struggled over the last two decades with how to structure their R&B categories. We’ve seen the coming and going of Best Urban/Alternative Performance and two iterations of alt-R&B album categories. Best Contemporary R&B Album existed from 2002 through 2010. It disappeared for a year and re-emerged as Best Urban Contemporary Album to honor Frank Ocean’s “Channel Orange” in 2012. This award split from the more traditional Best R&B Album category as a way to separately honor more modern and oftentimes forward-thinking R&B acts that incorporate pop, hip hop and electronic elements.

Photo Gallery: Who Needs a Grammy to Reach EGOT?

Speaking of the category’s inaugural winner, Frank Ocean released not one, but two albums in 2016: a visual album “Endless” and his proper sophomore album “Blonde.” However, he failed to submit either effort for any Grammy consideration. “Blonde” likely would have been an Album of the Year contender, but unless there is some kind of underground write-in movement, Ocean will be absent completely from February’s ceremony.

Beyonce may have been the frontrunner to win either way, but Ocean’s exemption leaves an even clearer path to the podium for her. Her sixth solo album, “Lemonade,” arrived without notice back in April and continues to inspire conversation and controversy. From her political statement at the Super Bowl to her divisive CMA performance on November 2, Beyonce’s newest album has been arguably the most relevant of 2016. It achieved an unprecedented level of critical acclaim for the pop star while still moving two million units and inspiring endless memes along the way. Given her strong Grammy history (she has won 20 times) and sterling reputation and legacy, Queen Bey is a lock for an Urban Contemporary Album nomination.

Photo Gallery: Biggest Grammy Winners of All Time – See The Most Awarded Artists

Another surprise 2016 release by a mega-watt A-lister will likely compete alongside “Lemonade.” Rihanna returned from the longest hiatus of her career (four years since her last studio album), unleashing “Anti,” her most R&B album to date. The Queen of Barbados previously mixed pop, dancehall, and electronic in an effortless concoction, but her newest album plays almost exclusively to more traditional R&B and hip hop. It worked: critics and fans agreed that “Anti” is a huge win for Riri. Fresh off of her lifetime achievement coronation at the MTV Video Music Awards, Rihanna’s status as a veteran of the Billboard charts — at just 28 years old she has already had 14 number-one singles on the Billboard Hot 100 — has allowed her the freedom to experiment artistically. She won this category in 2013 for “Unapologetic” and I have no doubt she’ll contend here again in February.

The subjectivity of what constitutes an “urban contemporary” album means that artists of a broad spectrum of R&B and hip hop styles are eligible. In particular, a wave of male artists that blend singing and rapping go head to head this year: Ty Dolla Sign with “Free TC,” Tory Lanez with “I Told You,” Bryson Tiller with “T R A P S O U L” and Anderson Paak with “Malibu.” They all come to the race with different strengths. Ty has the pedigree, having worked extensively with Kanye West, including on 2015’s “FourFiveSeconds” which also put him in the studio with Rihanna and Paul McCartney. Lanez has had much success with singles “Luv It” and “Say It,” while Tiller has achieved rare platinum status with his debut album. And Paak, while not as widely recognized as the others, received universal critical praise.

Of those contenders, I think Tiller and Paak have the best chances at getting rookie nominations, Tiller for his outstanding commercial success and Paak for the left-field brand of hip hop that earned The Internet and Kehlani nominations in this category just last year.

On the opposite end of the spectrum from these newcomers, a slew of more seasoned players are hoping for a nomination. Janet Jackson returned with 2015’s “Unbreakable” after a seven-year absence. Jackson’s comeback was warmly received but voters may not remember it since it was released way back on October 2, 2015, only two days into the eligibility period.

Usher released “Hard II Love” much more recently, this past September. Usher was once a leader in this field, winning the Contemporary R&B Album category twice (for “Confessions” in 2004 and “Raymond v. Raymond” in 2010), but was met with a cooler commercial reception for his eighth album.

Meanwhile, Chris Brown doesn’t quite have the years behind him that Jackson and Usher boast (he’s only 27), but he’s already got plenty of music under his belt. “Royalty” is his seventh album and continued his presence on urban radio, but the competition from new hip hop up-and-comers is fierce this year, and Brown continues to face controversy for run-ins with the law that may make him less appealing to awards voters.

If the ghost of Frank Ocean haunts the Urban Contemporary category this year, it may be via an unexpected contender. With no advance promotion of a new album until the last week of this year’s eligibility period, Beyonce’s sister Solange released “A Seat at the Table” on the last day of the Grammy calendar, September 30. The wave of critical adoration showered upon Solange this year is similar to the acclaim that brought Ocean to much Grammy success back in 2012. The album is among the best reviewed of the year and largely leans toward unforced old-fashioned R&B, rather than the overt pop and hip hop overtones of some of her competitors.

Make your Grammy predictions now; change them till Dec. 6

Gold Derby readers just like YOU often turn out to be our smartest prognosticators, so it’s important that you give us your predictions. You can continue to update and change your forecasts as often as you like before nominations are announced on Dec. 6.  Just click “Save” when you’ve settled on your choices. You’ll compete to win a $100 Amazon gift certificate, bragging rights and a place of honor on our leaderboard. Our racetrack odds change as you make your predictions, just as they do when you bet on the Emmys, Oscars, Golden Globes and more. Be sure to read our contest rules and sound off on the Grammy race in our music forum.

Grammys flashback: The curious case of Mumford and Sons' Album of the Year win 9 years ago