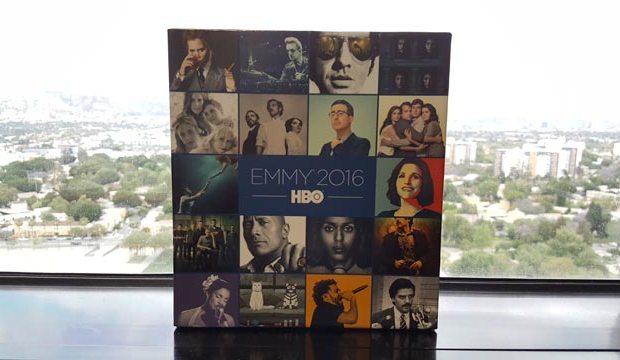 After taking the top two Emmy Awards prizes of 2015 with “Game of Thrones” winning Best Drama Series and smashing the previous record held by “The West Wing,” and “Veep” breaking the “Modern Family” streak of five in a row to claim the Best Comedy Series prize, HBO could repeat history this year and then some if their FYC mailer is any indication. See photos above.

HBO, which won 43 total Emmys last year, the most in its 14 year history, sent out a blue slipcase that features two notebooks: one for its Series entries and the other for its TV Movies, Limited Series, Specials and Documentaries. Also included is a mini folder that holds access info to the HBO and Cinemax (which HBO owns) FYC site for full seasons of all its programming.

[POLL] Which ‘Veep’ episode this season is Emmy winner for Julia Louis-Dreyfus?