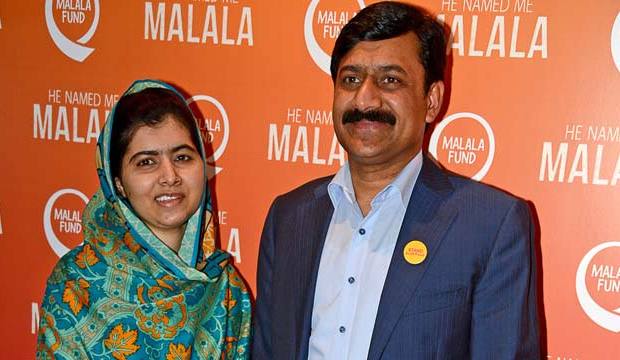 Six of this year’s 15 documentary features that made the Oscars shortlist are now nominated at the Emmy Awards, including National Geographic Channel’s “He Named Me Malala” which failed to earn a nom with the film academy. This doc takes a look at the dramatic events leading up to the Taliban’s attack on Pakistani schoolgirl Malala Yousafzai, as the young activist fights for the education of young girls.

How are “He Named Me Malala” and the other docs Emmy-eligible after appearing on the Oscars shortlist? As it turns out, wrinkles in the rules for these top kudos allow savvy producers to be eligible for both awards. To qualify for the Oscars, a documentary feature must play for at least one week in both Los Angeles and New York cinemas, have at least four screenings per day with at least one of those in the evening, be advertised in at least one major newspaper in each city and be reviewed in either of the New York or Los Angeles Times.

Rule 10 of the eligibility criteria for the Emmys explicitly precludes “television programs that are offered for general theatrical exhibition occurring prior to their airing or Internet exhibition.” However, this rule goes on to note that “General theatrical release shall not include either or both:

(A) exhibitions made for purposes of fulfilling Award requirements (e.g. festival Awards, the Oscars) if such exhibition occurs only at one or more film festivals and/or in limited theatrical release of not more than seven days in not more than two (2) cities; and

Below, a breakdown by Emmy Awards category of the other five double dippers.

“Cartel Land” (A&E)
Synopsis: A physician in Michoacán, Mexico leads a citizen uprising against the drug cartel that has wreaked havoc on the region for years.
This Oscar finalist won the Sundance Film Festival’s Cinematography and Directing awards for documentaries.

“The Hunting Ground”  (CNN)
Synopsis: An exposé of rape crimes on U.S. college campuses, their institutional cover-ups, and the devastating toll they take on students and their families.
Director Kirby Dick is a two-time Oscar nominee for the documentary features “Twist of Faith” (2005) and “The Invisible War” (2013), both of which also shone a light on sexual abuse.

“Listen to Me Marlon” (Showtime)
Synopsis: A documentary that utilizes hundreds of hours of audio that Marlon Brando recorded over the course of his life to tell the screen legend’s story.
This reaped Best Documentary Feature bids at BAFTA, IDA and the Gotham Awards.

“What Happened Miss Simone” (Netflix)
Synopsis: A documentary about the life and legend Nina Simone, an American singer, pianist, and civil rights activist labeled the “High Priestess of Soul.”
This Oscar finalist also reaped a DGA bid for Liz Garbus.

“Winter on Fire” (Netflix)
Synopsis: A documentary on the unrest in Ukraine during 2013 and 2014, as student demonstrations supporting European integration grew into a violent revolution calling for the resignation of President Viktor F. Yanukovich.
This Oscar finalist won the People’s Choice Documentary Award at TIFF.

[WATCH] Liz Garbus ('What Happened, Miss Simone?') on competing at Emmys and Oscars

TV Academy Honors: Winners include 'Homeland,' 'The Knick,' 'Born This Way' and…