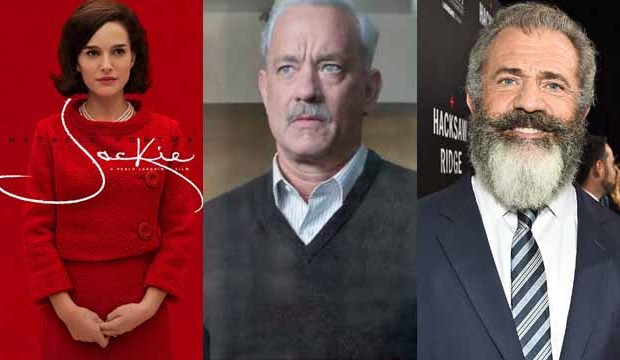 Natalie Portman, Tom Hanks, Nicole Kidman, Hugh Grant, and Mel Gibson are among the pre-announced winners of the Hollywood Film Awards, which will unofficially launch the 2016 awards season this Sunday, November 6. James Corden will return to host the 20th annual ceremony at the Beverly Hilton in Beverly Hills.

While all of the awards have been arranged in advance by the studios and their campaigners, it is an important stop by contenders looking for success at the Oscars, Golden Globes, and elsewhere. That’s because it is the first opportunity for many of the hopefuls to be on an awards red carpet with representatives from a wide variety of films and also be on stage accepting a trophy.

2021 Golden Globes: 6 reasons we could be underestimating 'The Undoing' for Best Limited Series

'News' you can use: Helena Zengel on track to be next Oscar nominee to get the Tom Hanks Bump