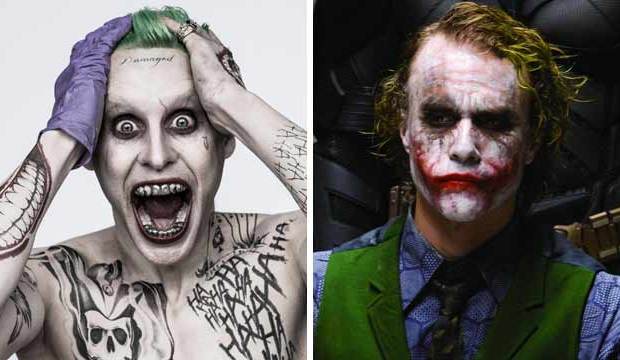 “Suicide Squad” was a blockbuster at the box office in its opening weekend ($133 million domestically, an August record), but it wasn’t greeted too kindly by critics, scoring 40 on MetaCritic and 26% freshness on Rotten Tomatoes. That could make it a strong contender at the Razzie Awards, including for Jared Leto‘s supporting performance as the Joker,. The last time the Joker, an iconic villain in the DC Comics universe, made an appearance on the awards scene was the Oscars, when Heath Ledger won Best Supporting Actor for “The Dark Knight” (2008).

“The Dark Knight” was the second of Christopher Nolan‘s three critically admired Batman films and the most successful superhero film at the Oscars, winning two out of eight nominations (Best Sound Editing in addition to Best Supporting Actor). However, it was controversially snubbed in the Best Picture, Best Director and Best Adapted Screenplay categories. As Ledger died in January 2008, months before the film was even released, his family accepted the award on his behalf when trophies were handed out at the February 2009 ceremony.

Ledger wasn’t the only Joker to have an awards presence. Jack Nicholson was nominated for a Golden Globe and a BAFTA Award for playing that role in Tim Burton‘s “Batman” in 1989. And Mark Hamill, best known as Luke Skywalker in the “Star Wars” films, has voiced the Joker in multiple animated and video game Batman productions and won a BAFTA for the 2011 video game “Arkham City.”

Who do you think will win Razzies? Discuss this year’s best (or worst) contenders in our notorious forums — Click Here

Leto is an Oscar winner already. He prevailed as Best Supporting Actor a few years after Ledger’s posthumous victory for his role as a transgender woman with AIDS in “Dallas Buyers Club” (2013). It’s not unusual for Oscar champs to face the wrath of the Razzies. Indeed, it has become a tradition. Halle Berry won Worst Actress for “Catwoman” (2004) just three years after winning Best Actress for “Monster’s Ball” (2001), and she was a good enough sport to accept the Razzie in person. Sandra Bullock was also there in person to accept her Worst Actress prize for “All About Steve” (2009) — she won the Best Actress Oscar for “The Blind Side” the very next day. And Eddie Redmayne was just named Worst Supporting Actor for “Jupiter Ascending” (2015) one year after claiming Best Actor for “The Theory of Everything” (2014).

Do you think Leto will win a Razzie Award for his performance? Vote in our poll below, and click here to discuss “Suicide Squad” in our forums.