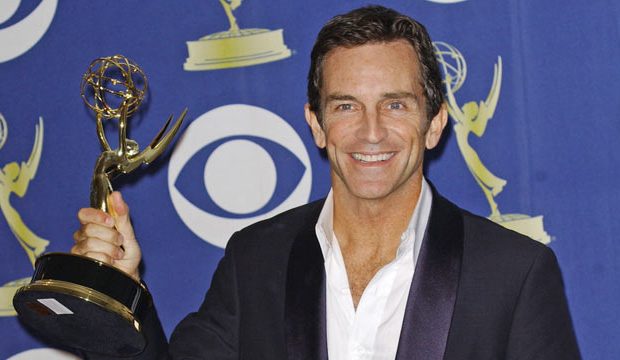 In 2008 the Emmy Awards handed out the first ever statue for Best Reality Host to Jeff Probst of CBS’s “Survivor.” Probst then went on to dominate the category, winning it four years in a row. However, in 2012, he was strangely snubbed and never again returned to the race as a nominee. Can he rally this year at the Emmys?

Probst and the series are eligible for the two most recent seasons — the fan-adored “Second Chance” cycle and the brutal “Kaoh Rong” that saw the medical evacuation of three contestants. Will Probst and/or the series make a triumphant return to the Emmy stage? Below, let’s take a look at the pros and cons.

The “Second Chance” season was a return to greatness for the show after a number of lackluster seasons before it. The fan-vote to determine the contestants was a huge success and was something the show had never done before.

“Kaoh Rong” proved to be the harshest season for the contestants leading to the removal of three players from the game due to medical conditions. In these situations Probst is tasked with narrating the effect this has on the game as it happens, a spontaneity that few other hosts handle so effortlessly on their shows.

“Survivor” is one of the most iconic reality competition series in TV history, by many assessments one of the first that established the genre. Though the concept of the competition hasn’t changed much over the years, the casts and slight twists the producers have thrown in have allowed the show to continue to surprise audiences in exciting ways. In these two seasons there were a number of curveballs, including a super idol and removing a sitting jury member, that brought about major blindsides for the players.

The series was nominated for the first four years of the Best Reality-Competition Series category, but not in the fifth or since. That trophy has notoriously gone to “The Amazing Race” 10 out of 13 times, including the first seven years in a row.

Though “Survivor” has been able to surprise its devoted audience with new twists and great casting, voters may feel like it is past its prime and the weekly viewership for the show reflects that. Recent seasons have plateaued in the nine to 10 million range, compared to the 12 to 14 million range of eight years ago and 15 to 17 million of 10 years ago.

In both races there hasn’t been much movement in terms of its competition — all of last year’s nominees are once again eligible this year. Without an open spot available, Probst and “Survivor” would have to replace a nominee that voters have liked more in recent years.

Hallelujah! 'Survivor' Season 41 to begin filming in Fiji 'in the next few days'

Phil Keoghan is 'champing at the bit' to film 'The Amazing Race' again, but 'we've got to make sure the…

'The Amazing Race's' Riley and Maddison: 'The race ended right there' at the baby…

'The Amazing Race's' Hung and Chee: 'That baby killed me'