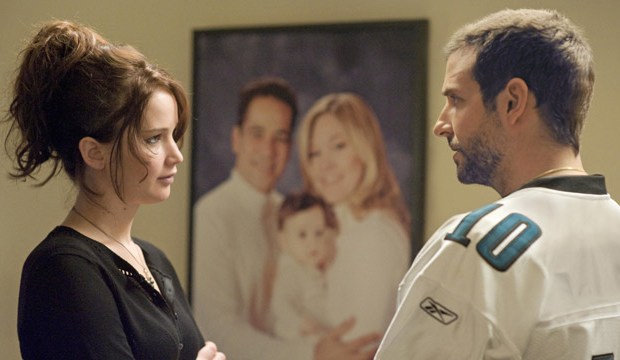 All week long, Jennifer Lawrence fans have been voting on what they think is her all-time greatest role. Of the 10 options in our poll, our readers have overwhelmingly selected three performances: “Silver Linings Playbook,” “The Hunger Games” and “Winter’s Bone.” Below, let’s take a closer look at what you’ve narrowed down to the top three roles of her career.

Overwhelmingly in first place with 35% of the vote is Lawrence’s role in “Silver Linings Playbook.” Lawrence won an Oscar, Golden Globe (Comedy), and SAG Award and also earned her first BAFTA nomination for her turn as Tiffany, a girl with depression who forces Pat (Bradley Cooper) to compete in a dance competition together. The first outing with frequent collaborators David O. Russell and Cooper still is their most successful and popular, compared to Rosalyn in “American Hustle” (8%) and Joy in “Joy” (3%).

In second place is the movie franchise that made Jennifer Lawrence a household name. Katniss Everdeen from the “Hunger Games” movies received 24% of your vote. This adaptation of the young adult series broke box office records as Lawrence skillfully played Katniss through four different films between 2012 and 2015.

Third place is Ree in “Winter’s Bone,” which earned 23% of the vote. This is the film that put Lawrence on the map as she scored her first Oscar, Golden Globe (Drama), and SAG nomination (losing each time to Natalie Portman in “Black Swan”). It’s important to remember that it was this gritty role that made the top two vote-getters even possible for a then-indie star named Jennifer Lawrence.

Coming up next for Lawrence is “Passengers” (watch the trailer here), a sci-fi mystery in which she plays an astronaut named Aurora who wakes up 90 years too soon.

Be sure to make your Oscar predictions. How do you think “Passengers” will do with academy voters? Weigh in now with your picks so that Hollywood insiders can see how this film is faring in our Oscar odds. You can keep changing your predictions right up until just before nominations are announced on January 24 at 5:00 am PT/8:00 am ET. Be sure to read our contest rules. And join in the fierce debate over the Oscars taking place right now with Hollywood insiders in our forums.

Is there an 'American Hustle' curse at the Oscars?

Good news, Jennifer Lawrence: You're probably safe from the Razzies' wrath for 'Mother!'…

Don't despair, Jennifer Lawrence: Check out the other great performances that got Razzie nominations

Hey Razzie Awards, Why! Did! You! Nominate! 'Mother!'?

Oscars: 17 winners who started out in TV, including Leonardo DiCaprio, Jennifer Hudson, Jennifer…

'mother!' reviews: Jennifer Lawrence is 'extraordinary' and the film is 'insanity'…