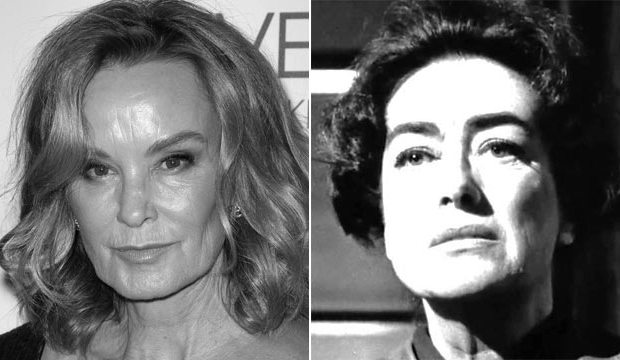 Welcome back to FX, Jessica Lange! FX announced today that Lange will return to the network that won her two Emmy Awards in Ryan Murphy‘s new anthology series “Feud,” due out in 2017. Each season of the new program will focus on epic battles, with the inaugural cycle centering on the backstage drama between “What Ever Happened to Baby Jane?” stars Joan Crawford (played by Lange) and Bette Davis (played by Susan Sarandon).

Per FX, Murphy will direct several episodes of the eight-episode order and will executive produce along with Brad Pitt and Dede Gardner of Plan B Entertainment. In addition, Lange and Sarandon will serve as producers which means they could win producing Emmys should the program go on to be named Best Limited Series. Rounding out the cast are Dominic Burgess, Judy Davis, Alfred Molina and Stanley Tucci.

At the 1962 Oscars, “What Ever Happened to Baby Jane?” earned five bids and won for Best Costume Design. However, while Davis was nominated for Best Actress, Crawford was skunked. But that didn’t stop Crawford from arranging to accept the award for absent winner Anne Bancroft (“The Miracle Worker”). What are your thoughts on Lange as Crawford in “Feud”? Be sure to sound off in the comments section below or right here in our famous TV forums.