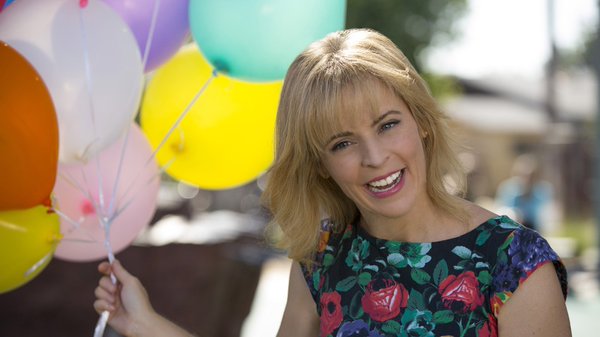 “Lady Dynamite,” which starts streaming on Netflix on May 20, is a showcase for Maria Bamford. She co-created the dark comedy series with Emmy champs Mitchell Hurwitz (“Arrested Development”) and Pam Brady (“South Park”) and stars as a fictionalized version of herself: a stand-up comic dealing with mental health issues. The action shifts back and forth between Los Angeles and her hometown of Duluth, Minnesota and chronicles both Bamford’s burgeoning career and her stint in a mental hospital.

“Lady Dynamite” scores an impressive 89 among the top critics surveyed by Rotten Tomatoes and 85 at MetaCritic. Among those singing her praises are some of the leading TV reviewers in the country including:

Jamie Poniewozik (New York Times): “‘Lady Dynamite’ has its own bizarre-sincere voice and its own dream logic. It’s something else, in a good way: a journey to the center of Ms. Bamford’s mind that dives through fantasy after loopy fantasy and emerges with something real.”

Robert Lloyd (Los Angeles Times): “It is cheerful, dark, surreal, profane, aspirational, meta-fictional and packed with people playing versions of themselves or other people entirely.”

Maureen Ryan (Variety): “Ultimately, ‘Lady Dynamite’ presents such an amusing combination of humane wisdom and goofy wit that it quickly establishes itself as must-see fare. But don’t binge on this distinctive concoction. It’s best savored over time.

Alan Sepinwall (HitFix): “When ‘Lady Dynamite’ hits on the right absurd note, it is spectacularly funny and feels original and vibrant.”

Bamford could well reap her first Emmy bid for this standout performance. There are at least three open slots in Best Comedy Actress this year with Edie Falco (“Nurse Jackie”), Lisa Kudrow (“The Comeback”) and Amy Poehler (“Parks & Recreation”) no longer in contention.