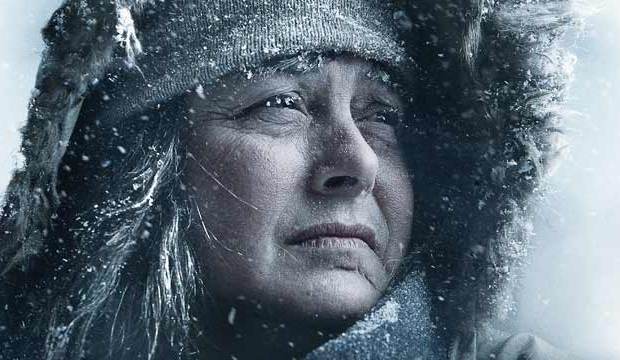 Will “Life Below Zero” win the Emmy for Best Reality Cinematography on its second straight nomination? The Nat Geo series follows the experiences of people living in remote, frigid areas of Alaska and their efforts to survive. It will have to get past Discovery Channel’s long-running series “Deadliest Catch,” which has won for the last five years in a row.

“Deadliest Catch” likely benefits from being an action-packed, verite-style drama up against reality-competition shows; “The Amazing Race,” “Project Runway” and “Survivor” also contend this year, as does “Intervention.” The technical and visual demands of capturing a boat at sea during often dangerous fishing expeditions stand out against less treacherous reality rivals.

But perhaps that works in the favor of “Life Below Zero” as well. Much like “Deadliest Catch” it’s a man-against-nature survival story. And there’s precedent: before “Deadliest Catch” began to steamroll over the competition, another Alaska-set series, “Out of the Wild: The Alaska Experiment,” won this award in 2009.

“Life Below Zero” is nominated for the May 5 episode, “Breaking Through,” in which the Alaskans face challenges gathering food and resources due to a late Artctic freeze. The Emmy nomination is officially bestowed on the “Cinematography Team,” though IMDb credits three cinematographers for that episode: Michael Cheeseman, John Griber and Simeon Houtman. Could this be the key to finally taking down “Deadliest Catch”?