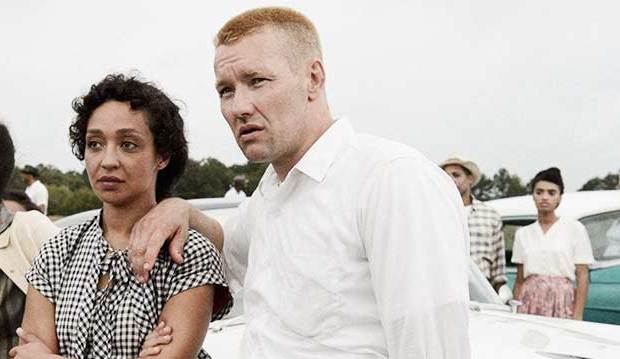 The Oscars may not be so white next year. After “The Birth of a Nation” won raves and the Grand Jury Prize at the Sundance Film Festival earlier this year, another awards contender takes shape at Cannes: Jeff Nichols‘s “Loving,” which tells the true story of the couple who paved the way for interracial marriage in the 1950s.

Joel Edgerton and Ruth Negga star and their performances are being singled out for praise and potential Oscars. That’s significant for Negga in particular, as black actresses have faced an especially tough uphill climb for awards recognition. Consider that only two black women have ever been nominated twice for acting Oscars (Whoopi Goldberg and Viola Davis), only one has ever won Best Actress (Halle Berry for “Monster’s Ball,” 2001), and only 10 have ever even been nominated for Best Actress. As Davis said when accepting her Emmy for “How to Get Away with Murder” in 2015, “The only thing that separates women of color from anyone else is opportunity.”

Will Negga, Edgerton, Nichols and the film be nominated for Oscars? Consider some of the reviews below, and make sure to join the discussion about Cannes, “Loving” and the year in film so far in our forums.

Peter Debruge (Variety): “Though it will inevitably factor heavily in year-end Oscar conversations, Nichols’ film is seemingly less interested in its own glory than in representing what’s right, and though it features two of the best American performances of the past several years, from Joel Edgerton and Ruth Negga (neither of whom are American, hailing from Australia and Ethiopia, respectively), its emotional impact derives precisely from how understated they are.”

Eric Kohn (Indiewire): “Recounting the plight of Mildred and Richard Loving (Ruth Negga and Joel Edgerton), who were persecuted by the state of Virginia for their marriage, “Loving” offers no fancy tricks, but benefits from Nichols’ gentle approach, which leaves room for the two performances to shine.”

Richard Lawson (Vanity Fair): “Edgerton is one of the more dynamic movie actors of his generation, and brings true commitment to his zipped-up, laconic portrayal of Richard, a man whose passion for his wife and family ran deep and quiet. But there’s perhaps a little too much technique being applied here—in such an understated movie, Edgerton’s Ennis Del Mar-esque clampedness can come across overly mannered. Negga gives a more fluid performance—as Mildred gradually moves toward the center of the movie, Negga holds it with palpable decency and warmth. She’s given only a few sturdy notes to play—fear of the law, familial love, a yearning to return home and a hope for a resolution—but she adds shading and variance to those core elements, giving Mildred a weary, graceful intelligence.”

Gregg Kilday (Hollywood Reporter): “Given the material, Nichols could have delivered a standard-issue courtroom drama, culminating with soaring oratory before the nation’s highest court. But he chose to take a different route — the American Civil Liberties Union, agreeing to take on the case, doesn’t enter the picture until more than half-way through the two-hour-three-minute movie. Instead, the film is centered around the Lovings themselves: Richard, played by Australian actor Joel Edgerton, and Mildred, played by the Ethiopia-born Ruth Negga. Both performers should enter the best actor and actress conversations.”