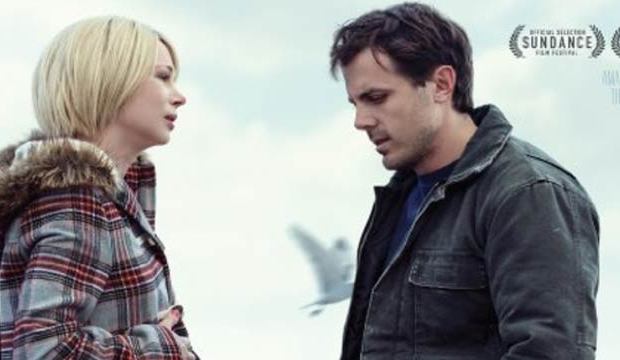 Kenneth Lonergan‘s “Manchester by the Sea” opened on Friday (Nov. 18) to some of the best reviews of the year. On Rotten Tomatoes the domestic drama scores a jaw-dropping 98% while it merited 94 on Metacritic. Oscar buzz has been building since its smash debut at Sundance in January. It then unspooled at the Toronto, New York and London film festivals where it played like gangbusters.

Casey Affleck, who currently leads in the Best Actor race, is heartbreaking as a man forced to confront his troubled past when he is suddenly made guardian to his rebellious teenage nephew (newcomer Lucas Hedges who looks like a sure bet for a Supporting Actor bid). And Michelle Williams is a strong contender in Supporting Actress for her small but pivotal role as Affleck’s ex-wife.

Lonergan, a well-regarded playwright (“This Is Our Youth”), scored with his first film as a writer/director, “You Can Count on Me,” back in 2000. He earned an Oscar nomination for Best Original Screenplay (losing to Cameron Crowe for “Almost Famous”) while Laura Linney (reaped a Best Actress bid (Julia Roberts won for “Erin Brockovich”).

Lonergan snagged a second Oscar nomination for co-writing Martin Scorsese‘s period epic “Gangs of New York” (2002); Pedro Almodovar won for “Talk to Her.” On a roll, he then wrote and directed “Margaret” but that film’s release was delayed for five years due to a dispute over its length before finally debuting in 2011. Critics widely praised it, even listing it among the best of the 21st century.

“Manchester by the Sea” is all but certain to bring Lonergan back to the Oscars for both directing and writing. Affleck is a past Oscar nominee for Best Supporting Actor for his role in “The Assasination of Jesse James by the Coward Robert Ford” (2007). And Williams is a three-time Oscar-nominee: for her supporting role in “Brokeback Mountain” (2005) and her lead roles in “Blue Valentine” (2010) and “My Week with Marilyn” (2011). It doesn’t hurt that Williams is just coming off her first Tony nomination: Best Actress in a Play for “Blackbird.”

Make your Oscar predictions NOW; update them till January 24

Be sure to make your Oscar predictions. How do you think “Fantastic Beasts” will do with academy voters? Weigh in now with your picks so that Hollywood insiders can see how this film is faring in our Oscar odds. You can keep changing your predictions right up until just before nominations are announced on January 24 at 5:00 am PT/8:00 am ET. Be sure to read our contest rules. And join in the fierce debate over the Oscars taking place right now with Hollywood insiders in our forums.