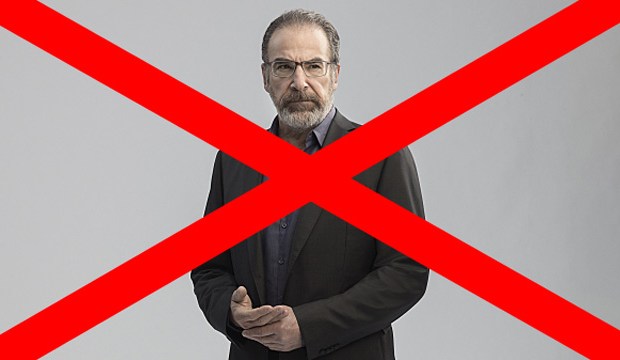 Mandy Patinkin is so beloved by the Critics’ Choice TV Awards that he was nominated for “Homeland” on Monday even though that Showtime drama didn’t actually air within the 2016 calendar year of eligibility. “We apologize for the error,” says Broadcast Film Critics Association President Joey Berlin in a statement to Gold Derby. “As ‘Homeland’ concluded its fifth season on December 20, 2015, it is technically not eligible for this year’s Critics’ Choice Awards. While we anxiously await its season six premiere on January 15, we regretfully must rescind the previously announced nomination for Mandy Patinkin.”

Berlin continues, “Replacing him as a nominee for Best Supporting Actor in a Drama is the next highest vote getter, Michael McKean from ‘Better Call Saul.'” See the complete, updated list of 2016 Critics’ Choice TV Awards nominations.

Gold Derby contributor Riley Chow (screen name “thedemonhog”) was the first to note Patinkin’s ineligible nomination in our TV forums. Chow, who is a fan of “Homeland,” tells Gold Derby, “2016 has yielded some excellent performances from supporting actors in drama series and I am eager to see if one of them is nominated.” He adds that he “never expected” the new eligibility period of the Critics’ Choice TV Awards to yield such surprising results.

If this story seems vaguely familiar, its because a similar thing happened to “Veep” actor Peter MacNicol at the Emmy Awards earlier this year. MacNicol was originally named as a Best Comedy Guest Actor nominee for the HBO comedy, but after Gold Derby brought it to the TV academy’s attention that MacNicol was in too many episodes to qualify as a guest star, the TV academy stripped him of his nomination and replaced him with Peter Scolari (“Girls”). Amazingly, Scolari went on to win the Emmy.

Dish TV awards with Hollywood insiders in our notorious forums

“Homeland” received no other nominations on Monday, which makes Patinkin’s sole bid even more of a puzzle. Paycaster HBO led with 22 nominations, ABC and Netflix reaped 14 bids apiece, and FX had an even dozen. Winners will be revealed during a Dec. 11 ceremony on A&E hosted by T.J. Miller that will also include the 22nd Critics’ Choice Movie Awards. Nominees for those precursors to the Oscars will be announced on Dec. 1.