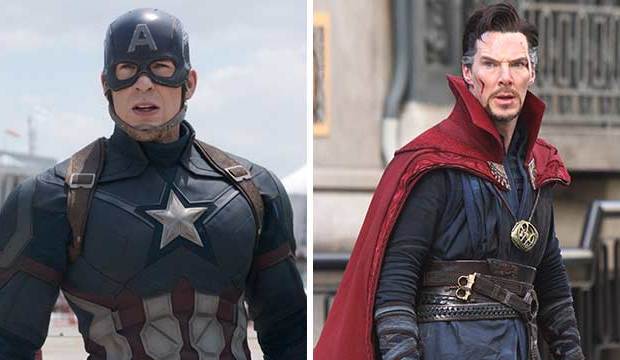 The Marvel Cinematic Universe has been a hit with audiences since it launched with “Iron Man” in 2008, and usually a hit with critics too, but the films have only earned a smattering of technical and craft nominations at the Oscars. Marvel films have been most consistently recognized for Best Visual Effects, where six films have contended: “Iron Man” (2008), “Iron Man 2” (2010), “The Avengers” (2012), “Iron Man 3” (2013), “Captain America: The Winter Soldier” (2014) and “Guardians of the Galaxy” (2014). But the MCU has yet to win. Will the expanded Marvel franchise ever win?

“Spider-Man 2,” which is based on Marvel comics but predates the current expanded universe, did win Best Visual Effects back in 2004, so there’s certainly hope, especially since that high-flying hero joined the MCU in this year’s “Captain America: Civil War” and will get his own adventure in 2017 titled “Spider-Man: Homecoming.” What do you think? Read some of our forum posters comments below, click here to join the discussion and make sure to vote in our poll at the bottom of this post.

Tyler the Awesome Guy: I feel that the Marvel Studios always does an unbelievable job in the visual effects department and I am always sad that they never won and feel like they should for all their hard work they do.

Volcarocka: It’s hard to release two to three big-budget effects extravaganzas every year that are also typically well-received by critics and not eventually win for visual effects. It’ll be tough, since they’ll be competing with Star Wars movies for the foreseeable future, but it’ll happen. Right now, “Doctor Strange” seems like their best bet, but we’ll just have to wait and see when they release the eventual winner.

ThePerksOfBeingAGriff: Yeah but this year probably not because of “The Jungle Book.”

Teridax: I think “Avengers: Infinity War” MAYBE could win Visual Effects, depending on how strong the competition is, and if it gets UNIVERSAL critical acclaim. But if “Ex Machina” winning this category proves anything, it shows Best Visual Effects is the Oscar category that’s taken the least seriously by voters. Was “Ex Machina” one of the year’s best movies? Probably. The best VISUAL effects? I don’t think so.