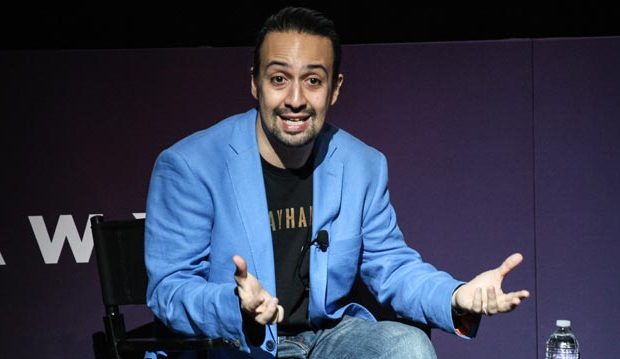 Disney has announced a new version of “Mary Poppins” starring Emily Blunt as the title character more than 50 years after Julie Andrews won an Oscar for her iconic performance. The film is set to co-star Lin-Manuel Miranda in a new role: a street lamp-lighter named Jack. Will it be an awards contender? Dish the new “Mary Poppins” with Hollywood insiders in our notorious forums by clicking here.

Find out how “Hamilton” will fare at the Tonys — Click here

The timing might be especially advantageous for Miranda, who is an entertainment industry darling thanks to his smash hit Broadway musical “Hamilton,” which already set a new record for the most Tony nominations ever (16) and seems destined to sweep through most of its categories, including Best Musical. But Miranda was already three-quarters of the way to his EGOT by the time “Hamilton” opened.

He started his awards run in 2008, winning the Tony for Best Original Score for “In the Heights,” which also won Best Musical that year. Next, the “In the Heights” cast recording won him a Grammy for Best Musical Theater Album. (He won a second Grammy this past year for the “Hamilton” cast album.)

He only had to wait a few more years to check Emmy of his list. He won Best Music and Lyrics in 2014 for “Bigger!” from the 67th Annual Tony Awards telecast.

Make your Emmy predictions — CLICK HERE
Win $100, top spot on our leaderboard & a place in next year’s Top 24

That just leaves Oscar. That award, admittedly, may be the hardest to win — but not for musicians. Just look at Robert Lopez, another musical theater composer who finished his EGOT with a songwriting Oscar in 2013 for “Let it Go” from “Frozen.” Lopez was only 39 when he complete his grand slam. Miranda is 36, so even if he doesn’t beat Lopez’s record for youngest EGOT in the next three years, he’s still got plenty of time to get the job done, and he has the advantage of potentially being able to win as a songwriter or as an actor — for “Mary Poppins,” perhaps?

How the new “Mary Poppins” is received remains to be seen. Until then, do you expect Miranda to sweep the Tonys for “Hamilton”? Make your predictions HERE. You’ll compete to win our contest prize for best picks — $100 in Amazon gift certificates — a place of honor on our leaderboard and a starring role in next year’s Top 24 Users (the two dozen folks who do the best predicting this year’s Tony winners). Be sure to read our contest rules.