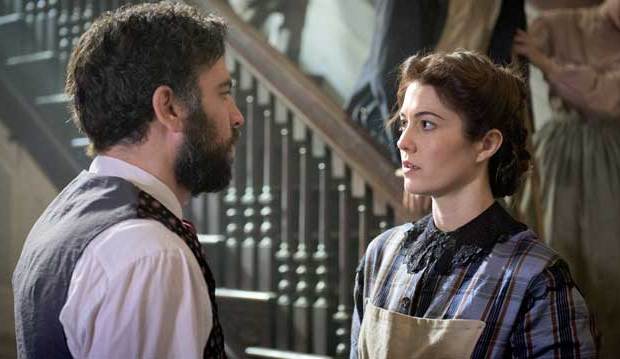 PBS’s “Downton Abbey” ended this year after six seasons and is likely to pick up multiple Emmy nominations this year for its farewell, but the public broadcaster is also pushing another historical drama onto the awards scene: “Mercy Street.” But where “Downton” focuses on cultural shifts in England during the early 20th century, “Mercy Street” takes us back farther — to a Virginia hospital during the American Civil War.

The series stars Josh Radnor, who spent nine years on CBS’s sitcom “How I Met Your Mother,” and Mary Elizabeth Winstead, best known for films like “Scott Pilgrim vs. the World” and “Smashed.” Radnor was never nominated for an Emmy for “HIMYM,” but Winstead is an Emmy champ already: she won a Daytime Emmy for Best New Approaches Daytime Program in 2013 for “The Beauty Inside.”

Below, consider some of the reviews for this Civil War drama, which PBS has renewed for a second season.

Mary McNamara (Los Angeles Times): “While the limits of early medicine brutally echo ‘The Knick’ (down to the perils of self-medicating surgeons), the series is much more of an ensemble drama with characters representing as many sides of the conflict as co-creators Lisa Wolfinger and David Zabel felt they could handle without actually boasting ‘a cast of thousands.’ Also unlike ‘The Knick,’ or ‘Downton Abbey’ for that matter, ‘Mercy Street’ is an old-school period drama, more reminiscent of a mid-20th century miniseries than the glossy grit of the post-cable world; its tone, like its hoop skirts and too often its characters, goes for big and sweeping rather than exquisitely detailed.”

Maureen Ryan (Variety): “The good news is, ‘Mercy Street’ is not grim. Actually, the drama it most resembles is the earnest U.K. import ‘Call the Midwife,’ in which a troupe of capable if charmingly prickly women do their utmost to care for members of their London community, whatever their patients’ social status or medical condition … Winstead is the smart, capable center around which ‘Mercy Street’ pivots. She’s so good that it’s hard not to wish the show had pared down the sheer number of storylines it attempts to service in its six installments.”

Daniel Feinberg (Hollywood Reporter): “With its first originally produced scripted series since 2002, PBS invites viewers to debate which scenario is more precarious — seeking emergency medical treatment in the technological dark ages of the Civil War or attempting to make an accent-heavy period drama with a cast of American TV stars. Fortunately, the answer is the former … ‘Mercy Street’ milks ample drama from the terrifying prospect of facing even the most minor of procedures in an era in which anesthesia was considered unnecessary and the most scientific testing involved sniffing.”