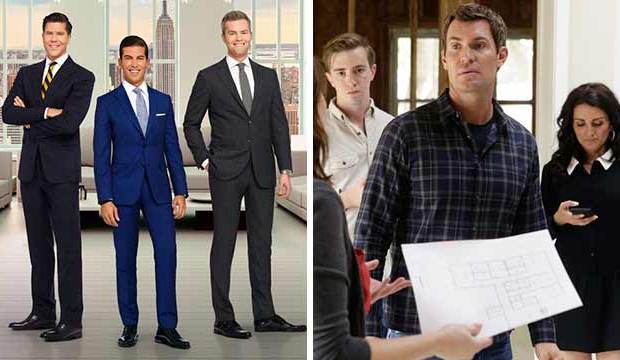 With reality shows dominating so much of the television landscape, the Emmys split their award for Best Reality Program into two categories in 2014: Best Structured Reality and Best Unstructured Reality. That split has been great news for Discovery Channel’s “Deadliest Catch,” which won the Unstructured award both times it has been handed out, but it has also worked out well for Bravo, whose reality offerings have been nominated both years.

Best Structured Reality Program awards shows with staged scenarios like “Undercover Boss” and “Shark Tank.” Best Unstructured Reality Program deals with fly-on-the-wall documentary-style shows, and that’s where Bravo has excelled. “Million Dollar Listing New York” was nominated in that category in both 2014 and 2015. Those were the first Emmy nominations for the series, which debuted in 2012 and follows real estate agents who sell high-value properties in New York City, so the new category was clearly a boon to the series.

Also helped by the new category was “Flipping Out,” which follows Los Angeles designer Jeff Lewis and his team as they balance home remodeling with their personal lives. It was nominated in 2014 after seven years on the air.

“Million Dollar Listing” and “Flipping Out” are in the running again this year. So is “Vanderpump Rules,” in which “Real Housewives of Beverly Hills” cast member Lisa Vanderpump and her staff run her West Hollywood restaurant SUR. Joining those shows is “Below Deck,” which focuses on the crew of a privately owned yacht.

Bravo had an impressive Emmy track record even before the category split. In the combined contest for Best Reality Program, the network earned 10 nominations and three wins. “The Awful Truth with Michael More” was the network’s first nominee in 2001. Then “Queer Eye for the Straight Guy” won the first of its two straight nominations in 2004. Ben Affleck and Matt Damon‘s filmmaking series “Project Greenlight” started on HBO, but moved to Bravo in its third season and earned a nomination in 2005.

But the network’s biggest reality success was “Kathy Griffin: My Life on the D-List,” which earned six consecutive nominations from 2006-2011, winning in 2007 and 2008.

In addition to two-time winner “Deadliest Catch” and two-time nominee “Million Dollar Listing,” last year’s Unstructured Reality contest included another pair of Discovery shows, “Naked and Afraid” and “Alaska: The Last Frontier,” along with a pair of A&E programs, “Intervention” and “Wahlburgers.” All of those shows are eligible to compete again this year.