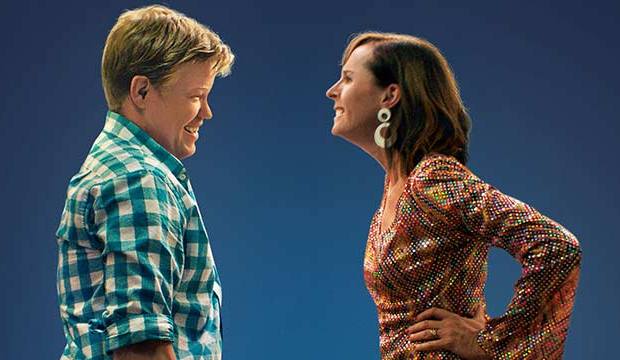 After two decades as an actress and comedian, including a memorable six-year tenure on “Saturday Night Live,” Molly Shannon is generating much-deserved Oscar buzz for her role as a cancer-stricken mother in “Other People.” The film,which merits an impressive 87% on Rotten Tomatoes, marks the directorial debut of “SNL” co-head writer, Chris Kelly, who also wrote the screenplay based on his experiences with his own mother who died of cancer in 2009. It premiered in January at the Sundance Film Festival, and is available both in limited release and on certain streaming services.

In “Other People,” Shannon plays Joanne, a wife and mother of three who suffers from a rare and deadly form of cancer. As she battles the disease, she receives help not just from her husband (two-time Emmy winner Bradley Whitford), but also her son David (Jesse Plemons), a New York-based comedy writer who comes home to help take care of her.

Shannon’s role is the stuff that Oscars are made of: a dying parent suffering from the ravages of cancer, while simultaneously reconnecting with her children. It’s the kind of role that earned Meryl Streep a Best Actress nomination for “One True Thing” (1998), and won Christopher Plummer his long-awaited Best Supporting Actor Oscar for “Beginners” (2011). She physically transforms as her character suffers from the side effects of chemotherapy, at one point even ripping off her wig in frustration in the middle of a restaurant. In one of the film’s most devastating scenes, Shannon unleashes a torrent of fear and grief as she realizes that her treatment is failing. But she also gets moments of comedy, particularly when she and Whitford discover the joys of medical marijuana.

Shannon is no stranger to the awards circuit, having received two Emmy nominations so far in her career: once in the now retired Best Variety Performance category for her “SNL” work (2000), and once for Best Comedy Guest Actress in HBO’s “Enlightened” (2013). An Oscar nomination would make Shannon only the sixth “SNL” alum to receive an Oscar nomination for acting, putting her on a list that includes:

Critics are taking notice of Shannon’s work. Below is a sampling of their praise:

Justin Chang (Variety): “Shannon steps into the role of patient and comes through with a fierce and fully felt performance that doesn’t soft-pedal the most piercing agonies of Joanne’s ordeal. Even with her face pale and gaunt, and her head shaved, the character possesses a luminosity that seems to glow all the more brightly as her condition worsens, as if in defiance of the cancer’s steady onslaught.”

Kyle Smith (New York Post): “‘Other People’ is an affecting dramedy about coming to terms with death that presents Molly Shannon with one Oscar moment after another … Shannon is alternately wisecracking, fearful, suffering and finally proud as her character deals with a rare form of cancer.”

Katie Walsh (Chicago Tribune): “Shannon is spectacular. She’s hilarious as she releases any pretense of propriety, wearing a sequined ’70s mini-dress to a family New Year’s Eve party, or screaming ‘We’re drug addicts!’ while trying medical marijuana for the first time. But she’s devastating while she attempts to wring every last drop out of her life with her family.”

Bradley Whitford ('The Handmaid's Tale') on Commander Lawrence: 'His humanity is fighting back'…