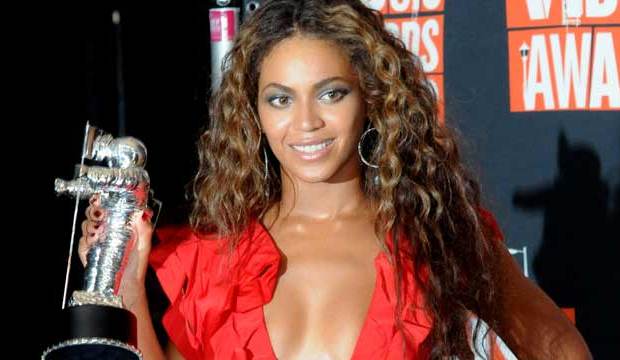 With five megastars up for Video of the Year, the 2016 MTV Video Music Awards is one of the toughest races to call in the show’s history. Beyonce and Adele are both enjoying enormous success this year due in large part to the first videos from their current albums, “Formation” and “Hello,” respectively; both are up for multiple awards. But Kanye West, Justin Bieber and Drake are also riding the waves of critical and commercial support for their new music: Kanye is once again the king of controversy for “Famous,” Justin remains the people’s prince with his upbeat “Sorry” and Drake became the internet meme that never stops thanks to “Hotline Bling.”

So before you lock in your predictions for this year’s VMAs, check out my list of five things to keep in mind when analyzing the race. See any other trends in recent years? Let us know in the comments below.

1. Video of the Year won’t sweep the lesser awards

Last year’s champion, Taylor Swift and Kendrick Lamar’s “Bad Blood,” won only one other award (Best Collaboration) despite its seven nominations. Only one of the four winners before that also won a second award – Justin Timberlake’s “Mirrors” (2013) won Video of the Year and Best Editing, but Katy Perry‘s “Firework” (2011), Rihanna‘s “We Found Love” (2012) and Miley Cyrus‘s “Wrecking Ball” (2014) only won the top prize. It’s true that in 2010 “Bad Romance” won a majority of its categories, but to be fair Lady Gaga was nominated against herself (for “Telephone”) in most of them, a sign that she and her videos truly dominated the year in music.

Beyonce and Adele are your safest bets to take the top prize this year considering that in the last 15 years the Video of the Year winner has been a female artist 10 times — that’s two-thirds of the time! And if that isn’t enough to convince you, note that in the last nine years there has only been one male winner as a main artist: Timberlake in 2013. Calvin Harris (“We Found Love”) and Lamar (“Bad Blood”) won as featured artists.

3. MTV spreads the wealth … most of the time

A single video is unlikely to win more than one of the six major categories – Video of the Year, Female Video, Male Video, Pop Video, Rock Video and Hip-Hop Video – but last year marked a departure from that recent trend. Taylor Swift won both Female and Pop Video for “Blank Space” last year, but no other video had accomplished that feat since “Bad Romance” in 2010.

4. A Video of the Year nomination doesn’t mean you’ll win an award

For the last five years at least one nominee for Video of the Year has gone home empty-handed: Bruno Mars‘s “Grenade” (2011), Drake’s “Take Care” and Gotye‘s “Somebody That I Used to Know” (2012), Robin Thicke‘s “Blurred Lines” and Macklemore and Ryan Lewis‘s “Thrift Shop” (2013), Pharrell Williams‘s “Happy” (2014) and Ed Sheeran‘s “Thinking Out Loud” (2015). While all five videos this year are nominated multiple times, often against one another in at least one other category, it’s likely that one will lose all of its races.

[FORUMS] MTV VMAs: How Justin Bieber could snatch Video of the Year from Beyonce & Adele

An artist’s nominations haul can suggest how likely he or she is to win major awards. Last year Taylor Swift led the nominations with 10 and took home three of the top prizes. And in the five years prior to that, the artist with the most nominations took home Video of the Year four times. Miley Cyrus (“Wrecking Ball”) is the only top winner to not also be among the most nominated. This year Beyonce goes into the night with 11 nominations, while her closest competitor, Adele, only has eight.