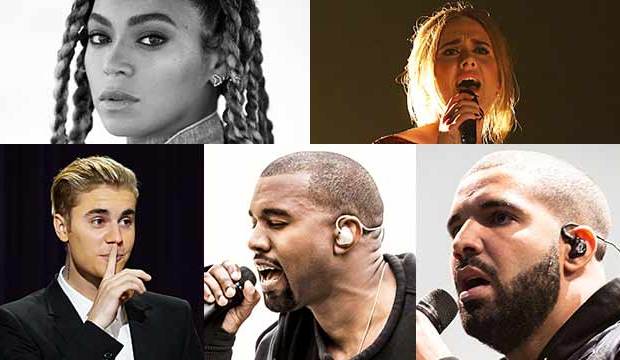 The nominations were announced on Facebook Live on Tuesday, July 26, and Beyonce ruled with 11, more than any other artist. It’s also the most bids for Beyonce in a single year, and it recognizes music from her critically lauded visual album “Lemonade,” which wasn’t just a hit with MTV. It also earned four Emmy nominations, including Best Variety Special and Best Variety Special Directing for Ms. Knowles herself.

Beyonce’s 11 bids include Video of the Year for “Formation,” which sparked controversy last spring for its perceived commentary on police brutality. That video alone picked up five other nominations, including Best Pop Video and Best Direction, while Beyonce is also up for Best Female Video (“Hold Up”), Best Collaboration (“Freedom” with Kendrick Lamar) and Breakthrough Long Form Video for “Lemonade” as a whole.

Following Beyonce with eight nominations is Adele. Seven of those are for “Hello,” the lead-single from her latest blockbuster album, “25.” Released in October 2015, “Hello” has racked up more than 1.6 billion views on YouTube as of this writing. It contends for Video of the Year, Best Female Video, Best Pop Video, Best Direction and more in the professional categories for its crafts. Adele’s last nomination is Best Visual Effects for “Send My Love (To Your New Lover).”

Make your VMAs predictions — CLICK HERE
Win $100, top spot on our leaderboard & a place in next year’s Top 24

Competing against Beyonce and Adele for Video of the Year is Drake‘s “Hotline Bling.” Drake has six nominations overall, including Best Male Video and Best Hip-Hop Video for “Hotline Bling.” He’s even nominated for Best Female Video thanks to his collaboration with Rihanna, “Work.” Curiously enough, Rihanna is also up for Best Male Video for teaming with Calvin Harris on “This is What You Came For.”

Justin Bieber earned a nomination in the top race for “Sorry.” He also contends for Best Pop Video, and “PURPOSE: The Movement” contends for Breakthrough Long Form Video.

Rounding out the Video of the Year contest is Kanye West‘s “Famous,” which is also up for Best Male Video. West has a history of infamous VMA moments, including his Video Vanguard acceptance speech last year in which he announced plans to run for president in 2020, and of course his 2009 outburst when he protested Taylor Swift‘s victory against Beyonce for Best Female Video while Swift was accepting the award. West also criticized the Grammys for picking Beck over Beyonce for Album of the Year in 2014. So if West beats Beyonce for the top prize  this year, perhaps he’ll interrupt himself to declare her the rightful winner.

The VMAs will be handed out live at Madison Square Garden in New York City on Sunday, August 28.