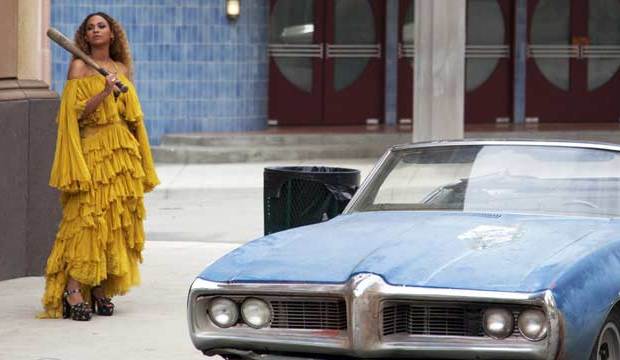 Beyonce swept the 2016 MTV Video Music Awards, even more than expected. Out of her 11 nominations she prevailed eight times. “Formation” won Video of the Year and Best Pop Video, and it also dominated the professional categories, taking Best Direction, Best Choreography, Best Cinematography and Best Editing. Predictably she also claimed Breakthrough Long Form Video for her critically hailed visual album “Lemonade.” And she surprised by taking Best Female Video for “Hold Up” as well.

Calvin Harris won twice, taking Best Electronic Video for “How Deep is Your Love” with Disciples and Best Male Video for “This is What You Came For,” featuring Rihanna. Perhaps surprisingly, this is Rihanna’s second win for Best Male Video; she was also featured on T.I.‘s winning “Live Your Life” in 2009, and she’s been nominated six times total. That’s actually more nominations than she has for Best Female Video (five).

Drake prevailed in the race for Best Hip Hop Video for “Hotline Bling.” It’s his third win in that category, following victories in 2012 (“HYFR”) and 2014 (“Hold On, We’re Going Home”). He has won that category more times than any other artist.

Song of the Summer went to Fifth Harmony and Fetty Wap for “All in My Head (Flex).” Additionally Fifth Harmony surprised by winning a second award: Best Collaboration with Ty Dolla $ign for “Work from Home,” which defeated superstars Beyonce and Kendrick Lamar (“Freedom”) and Rihanna and Drake (“Work”).

Twenty One Pilots were awarded Best Rock Video for “Heathens,” and DNCE rounded out the telecast winners, taking Best New Artist on their only nomination.

Beyonce may have taken the lion’s share of professional races, but there was room for two other winners in the craft categories: Best Art Direction went to David Bowie‘s “Blackstar,” while Best Visual Effects was awarded to Coldplay‘s “Up&Up.”

Surprisingly, Adele went home empty handed even though she was the second most nominated artist of the night with eight bids, which included seven for “Hello” including Video of the Year and one (Visual Effects) for “Send My Love (To Your New Lover).” That means the multi-platinum star still hasn’t won a fan-voted VMA in her career.