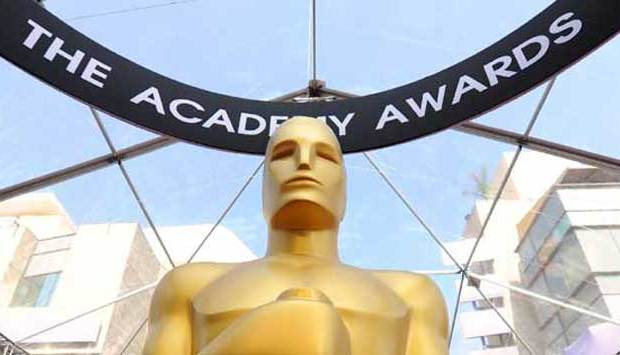 Between them our 20 Oscar experts derived from major media outlets predict that one of these five films will win Best Picture this year: “Billy Lynn’s Long Halftime Walk,” “The Birth of a Nation,” “La La Land,” “Loving” or “Manchester by the Sea.” Click here to see how our experts rank contenders according to likelihood of winning in all top races. Use the drop-down menus at the top of each page to see other categories.

Here’s how the Best Picture predictions break down by expert (see individual rankings right here) as well as the most up-to-date odds for each to win:

“Manchester by the Sea,” an intimate drama about a man who returns home after his brother’s death, also leads four other top Oscar races, according to our experts’ predictions: director (Kenneth Lonergan), actor (Casey Affleck), supporting actor (Lucas Hedges) and supporting actress (Michelle Williams). See complete rundown of odds in all top categories.

Lonergan is tied with Ang Lee (“Billy Lynn’s Long Halftime Walk”) to take home Best Director, as both come in at 10/3 odds. While this would be Lonergan’s first Oscar,  Lee is poised to pick up his third for this drama set against the backdrop of the Iraq war after previous wins for “Brokeback Mountain” (2005) and “Life of Pi” (2012).

The helmers of the other three strongest Best Picture contenders — Damien Chazelle (“La La Land”), Jeff Nichols (“Loving”) and Nate Parker (“The Birth of a Nation”) — round out the Best Director line-up. Sitting in sixth place is Denzel Washington, a two-time Oscar winner for acting [“Glory” (supporting, 1989) and “Training Day” (lead, 2001)] who directs and stars in “Fences.”

“Fences” won the Tony Award for Best Play back in 1983 and Washington picked up a Tony in 2010 for headlining the first Broadway revival of this August Wilson domestic drama. He reprises his role as an ex-baseball player struggling to provide for his family as does his Broadway co-star Viola Davis, who won a Tony for her performance as a wife whose loyalty is tested. While Washington is in second place in the Best Actor race (at 4/1 odds), we are predicting that Davis will prevail for Best Actress.

Rising fast in the ranks are “La La Land” leading lights Emma Stone and Ryan Gosling. These one-time past nominees are in third (10/2) and fourth (10/1) respectively for their charming performances in this musical romance.

2018 ACE Eddie Awards nominations preview: How many will make the cut at the Oscars?