Only two other films have even come close to pulling off this three-peat since the BAFTAs began handing out a Best Director award in 1968.

Milos Forman’s dramedy “One Flew Over the Cuckoo’s Nest” starring Jack Nicholson made a clean sweep at the 1975 Golden Globes and, due to a delayed release in the United Kingdom, at the 1976 BAFTAs.

And Richard Attenborough’s 1982 biopic “Gandhi” starring Ben Kingsley won these awards at both the BAFTAs and Oscars. However, while it claimed Director and Actor at the Golden Globes, it was precluded from competing for Best Drama Picture as it was a foreign production. From 1965 to 1972, the Globes had a separate category for Best English-Language Foreign Film. That was merged with Best Foreign-Language Foreign Film in 1973 to form Best Foreign Film and this was the award that “Gandhi” won. Four years later, the Globes reinstated the foreign-language film award and English-made movies could once again compete in the main categories.

Below are the other films that won Best Picture, Director and Actor at the Oscars plus what won instead at the Globes and/or BAFTAs.

UPDATED: Oscar odds and rankings by Experts in all 24 categories

Make your own Oscar predictions now beginning with Best Picture to the right or below using our easy drag-and-drop menu.

If you reap one of the top three scores forecasting the winners, you can win our top contest prizes: $500, $300 or $200 Amazon gift certificates. See contest rules.

And you could earn a place of honor on our leaderboard and a starring role in next year’s Top 24 Users (the two dozen folks who do the best predicting this year’s Oscar champs). 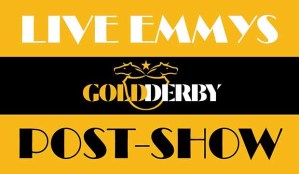 JOIN US FOR OUR LIVE EMMY POST-SHOW TODAY!: Get instant analysis about the winners and losers from our brilliant edit team on Sunday from 8:00 to 9:00 PT. And watch our pre-show from earlier Sunday below:

David Fincher, Spike Jonze ... and Taylor Swift: How her VMAs win for Best Direction was historic

Jack Mathews: How 'The Irishman' went from Oscars frontrunner to a possible shut-out

Guess which filmmaker is getting mad respect this awards season? Clue: It may make you do a jig!